California resident Ray Walker is a man who apparently likes making things with alcohol in it. He moved to France in his mid-20s to build a winery from the ground up, where he gained some notoriety for crafting Grand Cru wines in the Burgundy region. After eventually closing this operation, he returned to the United States and focused upon a new undertaking – developing a bourbon with apparent ties to both his family heritage and his winemaking days. From this the new Saint Cloud Kentucky Bourbon was born,.

Saint Cloud Kentucky Bourbon is said to be produced on a “micro-scale,” meaning most likely small batch releases. It is distilled in a so-called traditional manner, going through a “pot column hybrid still without the use of many other modern aids and equipment” and being developed from a proprietary mash bill. It is then aged in new French Limousin oak. 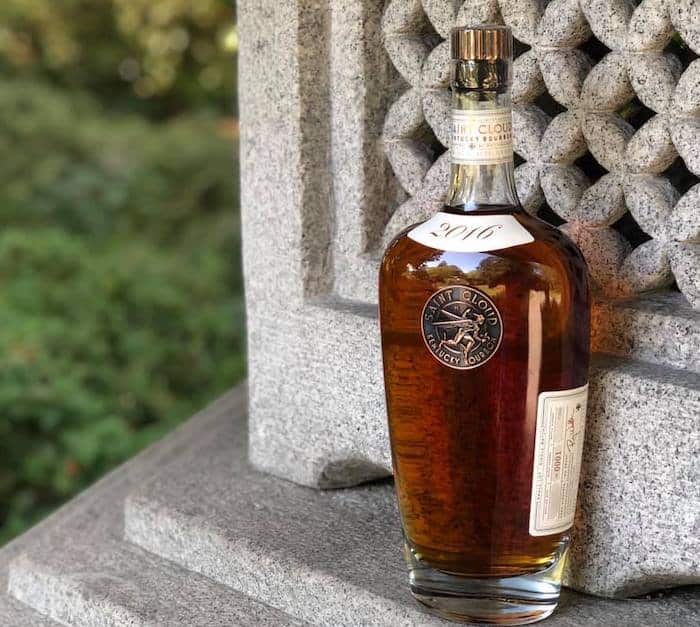 Batch 1 of Saint Cloud was recently released by Walker, with 3,000 bottles in this first batch that are each unfiltered, bottled at a cask strength of 120 proof and said to be under four years old. Pricing seems to be somewhere around $100 at this time, and it is presented in a beautiful bottle. It is not immediately clear where this bourbon was distilled or aged, but I would wager it was likely a collaboration between the ex-winemaker and Bardstown Bourbon Co. in Kentucky.

With regards to the family heritage ties, it is said Ray Walker’s great-great-grandfather, one Louis Walker, fought in the Civil War for Kentucky’s “Company 48” Mounted Infantry. Interestingly his father, James Walker, fought in the War of 1812, in which the United States had dealings with France, among others. His time in this conflict made him a lover of all things French, including naming one of Louis’ brothers Napoleon Bonaparte Walker.