Wild Turkey’s Eddie Russell often speaks of honoring the family ties that bind through his whiskey making skills, and is now doing that once again by introducing Russell’s Reserve 13 Year Old, a 114.8-proof Kentucky straight bourbon that Eddie aged for this one-of-a-kind Wild Turkey release.

Aged for at least 13 years, he maintained the barrel proof and opted not to chill filter the whiskey, which he said creates a more robust mouthfeel and authentic bourbon experience.

“Crafting Russell’s Reserve 13-year-old turned out to be one of my most rewarding experiences as a distiller,“ Eddie said in a prepared statement. “This release embodies our commitment to creating uniquely satisfying flavors, and, hands down, it’s one of our most rare bourbons.” 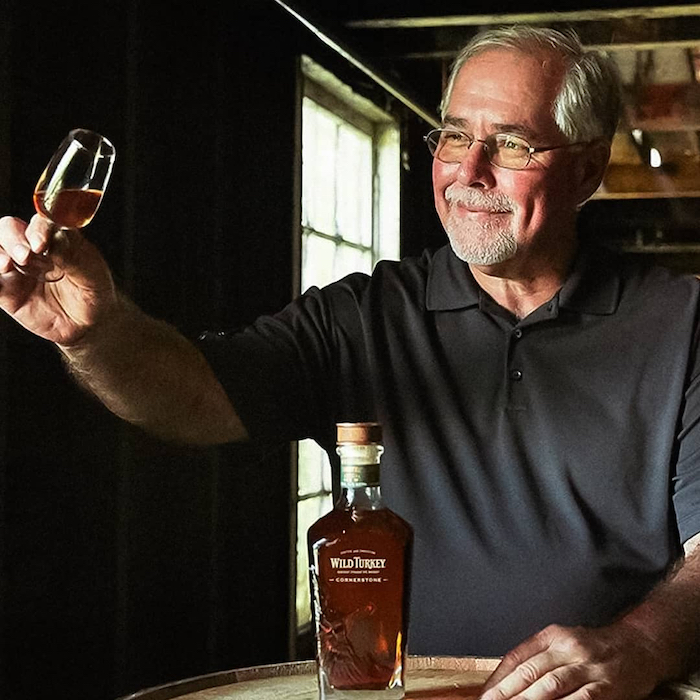 He is celebrating 40 years of bourbon making at the Wild Turkey Distillery this year.

Wild Turkey officials said the new Russell’s Reserve 13 Year Old is a tribute to the distillery’s heritage and the legacy pioneered by Eddie’s father, Master Distiller Jimmy Russell, and does this while showcasing Eddie’s talents and expertise to develop flavors through careful aging and a nose for identifying the highest quality barrels.

Wild Turkey distillers found the result, according to official tasting notes, to be a new bourbon with flavors of plum, chocolate, and toasted brown sugar. The barrel-proof bourbon coats the palate with sweet and warming flavors rising from the  marriage of dried dark fruit and charred confectionary notes. Those sweet and woody notes give way to the flavors of honey, chocolate and nougat throughout, followed by a strong and lasting finish.

Russell’s Reserve 13 Year Old will be available in the United States at $69.99 per bottle for a limited time. It is best enjoyed neat or on the rocks.

162
Shares
6.1k
Views
Share on FacebookShare on TwitterGet Our Newsletter
Cheers to the Dads! Personalize a bottle of his favorite whiskey to create a modern gift for the modern man. Use code: FATHERSDAY20 for $20 off your next order of $100 or more at ReserveBar