Four Roses recently announced it is releasing two of its bourbons from its premium line up in 50ml bottles: Small Batch and Small Batch Select.

The two “Minis” have the same bourbon typically sold in 750 ml bottles and are now available for purchase.

“The launch of Four Roses minis will give those who are unfamiliar with our Small Batch bourbons an easy way to give them a try, and to sample them side-by-side to taste how the use of our 10 bourbon recipes in different combinations can create distinctly different products,” said Four Roses Master Distiller Brent Elliott in a prepared statement. “The convenience and size of these minis also make them perfect for crafting cocktails, cooking or giving the perfect gift.” 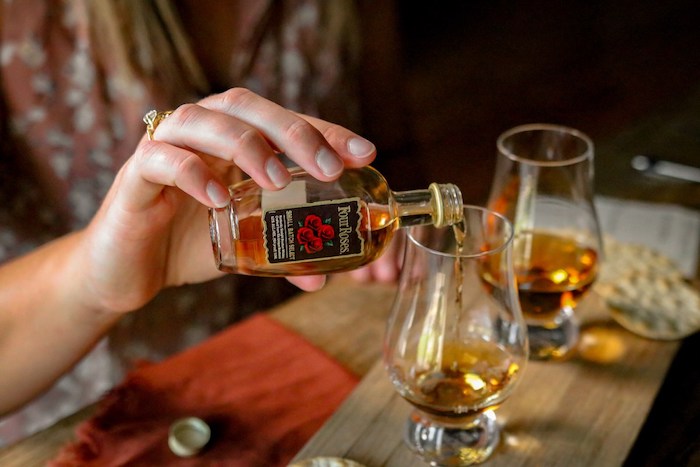 The Small Batch is 90 proof and, making use of four of the recipes, is aged in a minimum of six to seven years. The Small Batch, according to brand tasting notes, has aromas of mellow spice, rich fruit and hints of sweet oak and caramel. The bourbon is complemented by flavors of ripened red berries and rich dried spice leading to a soft, smooth and a pleasantly long finish.

Non-chill filtered and bottled at 104 proof, Small Batch Select was launched in 2019 and its bottling features six distinct bourbon recipes hand-selected by Elliott and aged for a minimum of six to seven years. Official tasting notes for it make mention of aromas of raspberries, clove and nutmeg make way for flavors of apricot, berries vanilla and light oak with a finish featuring lingering spearmint and light touch of cinnamon.