Luxco, even as it was announced recently it had been acquired by MGP, was busy with new offerings, having released its latest addition to its award-winning Ezra Brooks family of products: Ezra Brooks 99, a pure oak barrel-aged Kentucky Straight Bourbon.

According to a press release from the company, the variant is 99 proof and “charcoal filtered for a smooth, mellow finish.” It has what’s described as a spicy, ryed-bourbon-mash-bill taste, but with an enhanced flavor profile through the higher proof.

“With Ezra Brooks 99 our goal was to create a higher-proof bourbon without sacrificing the rich notes Ezra Brooks is known for,” said John Rempe, master distiller at Lux Row Distillers, in a prepared statement. “And we achieved that with 99. The result is a smooth, drinkable bourbon with hints of caramel, vanilla, chocolate and spice. We’re thrilled to introduce Ezra Brooks 99 to bourbon lovers everywhere.” 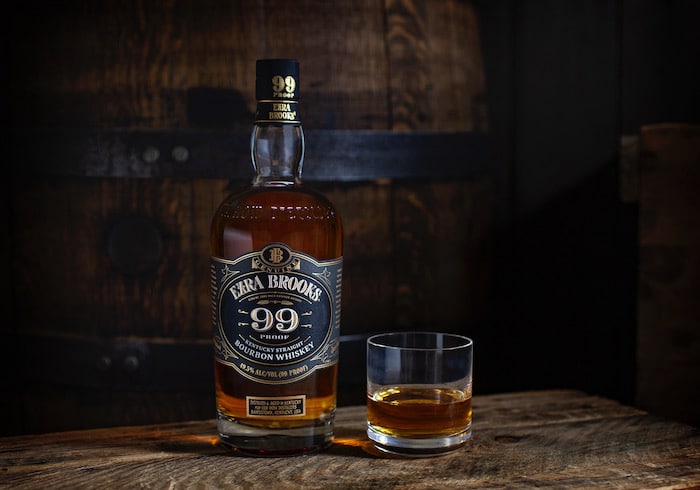 The Ezra Brooks 99 has distinctive packaging with a natural cork closure, and a prominent call out to the “99” proof spirit on the label.

“When you see Ezra Brooks 99, you’ll see an elegant, upscale bottle that stands out on the shelf,” added Eric Winter, brand manager for Ezra Brooks. “We believe the refined style and honest flavor of Ezra Brooks is amplified in Ezra Brooks 99, giving consumers of the brand even more to connect to.”

It will be available in a 750 ml bottle nationwide starting this month, being “competitively priced with other premium American bourbon whiskey brands within its category.” Limited information from the brand on the mash bill indicates a corn, rye and barley blend.