The Elijah Craig brand has long been a surefire winner in Kentucky bourbon sales for parent distillery Heaven Hill. It is thus something the powers that be there don’t seem to usually monkey with too much in terms of major product changes, with perhaps the most notable exception to this being last year’s rye whiskey variant debut. Now a new bourbon line extension is coming to market to provide a spin on things, taking the form of finishing in custom toasted, new oak barrels.

The new Elijah Craig Toasted Barrel Kentucky Straight Bourbon Whiskey, according to those behind it, undergoes this special finishing process that “begins with fully matured Small Batch, which is dumped and then re-entered at barrel proof into a second, custom toasted new oak barrel designed in partnership with Independent Stave Company. Made with 18-month air dried oak, the finishing barrel is first toasted and then flash-charred using a moderate toast temperature and toast time. 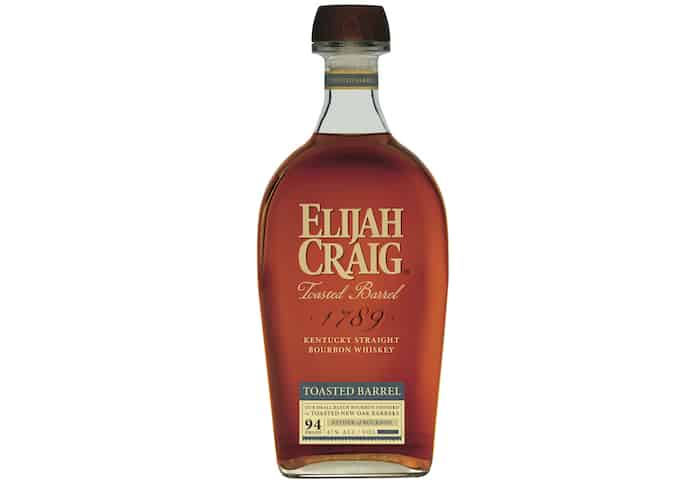 “An extensive research and development process resulted in a final barrel toast profile bringing forward dark sugar flavors within the wood to create a balance of smokiness and sweetness after months of finishing.”

As it stands now, plans call for a release that will be “packaged in the iconic Elijah Craig bottle” and “distinguished by new bottle decoration, face, side and neck labels with smoky blue features.” It is bottled at 94 proof and set to debut on allocation for around $50 per 750 ml bottle come September.

Limited official tasting notes for this bourbon suggest it to be “big, rich and complex with spice and pepper notes that fade into milk chocolate with a hint of smoke as the finish lingers with chocolate and baking spices.” As a side note, the brand stated as well that “only charred new American oak barrels are used throughout the process to maintain the standards of identity class and type designation for Straight Bourbon Whiskey.”