Bourbon
Scotch
By Margarett Waterbury / May 4, 2016

I hope you’ve dusted off your fancy hats and laid in extra supplies of flowers and bath salts, because this year, the Kentucky Derby and Mother’s Day fall on the same weekend.

It’s going to be a busy couple of days for bourbon lovers, and I imagine there might be a few bleary-eyed moms and non-moms alike come Sunday morning. So what better time to set the bloody mary mix aside and deploy one of the many great whiskey drinks that make perfect Mother’s Day cocktails?

Any of these are perfectly at home nestled next to French toast and fruit salad – or used as a balm to salve the indignity of losing at the track. Or both? Hey, you know your moms best. 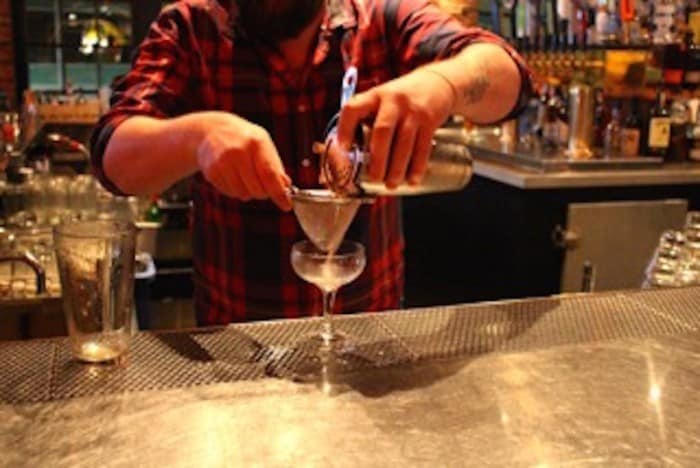 The Brown Derby. A classic brown derby is made up of three ingredients: bourbon, grapefruit juice, and honey. Make an even more breakfast-y version by subbing maple syrup for honey.

Shake thoroughly with ice, then strain into a chilled glass.

Food and Wine’s Macallan Horchata, a riff on the strange oatmeal-based cocktail called the Atholl Brose. Kinsley Amis writes about the Atholl Brose in Everyday Drinking: “English recipe – equal parts Scotch, clear honey and cream. Warm, blend, and allow to cool. Scottish recipe – instead of the cream, use the liquor made by soaking two or three handfuls of oatmeal in half a pint of water for some hours and straining. Better so, with less richness and more flavor.” This version from Food and Wine takes a little prep, but the payoff is real.

Shake all of the ingredients with ice and strain into a coupe.

Note: To make the maple-cinnamon syrup, mix 1 1/2 cups water with 1 1/2 ounces brown sugar, 1 1/2 ounces maple syrup, 3 cinnamon sticks and 2 pinches of salt in a pot. Bring to a boil, then take the pot off the heat and let sit for at least 2 hours before straining.

A real whiskey sour. Put those gross fluorescent tumblers of Segram’s Seven and grocery store sour mix out of your head. A real whiskey sour is a delicious thing. Great with bourbon, rye, or even an unpeated Scotch whisky.

Shake vigorously over ice until the sugar is dissolved, then strain over ice into a chilled glass. Garnish with a citrus slice or cherry, if that’s your thing.

Ginger tea hot toddy. Most people think of hot toddies as an apres-ski kind of drink, and while I don’t disagree, they’re also a delightful morning eye-opener. I like hot toddies made with rye, but other options will do in a pinch.

Stir together honey and lemon in a warmed mug. Add whiskey, then top with hot ginger tea. A hot toddy should be pleasantly warm but not piping hot, which can accentuate alcohol vapors.