The Michter’s distillery in Kentucky is known for mostly sourcing quality American bourbon and rye whiskey at this point for its various bottlings. One of its more coveted ones by collectors is the 25 year old bourbon, which last was released into the market in 2008. They are back now with a new offering of it, accompanied of course with a rather hefty price tag.

The new release of Michter’s 25 Year Old Bourbon, according to those behind it, is set for release in November at 116.2 proof. It will come in a 750 ml bottle and price for around $800. It represents some of the oldest age statement whiskey from this distillery, alongside a 25 year old rye, and it heralds from Kentucky. 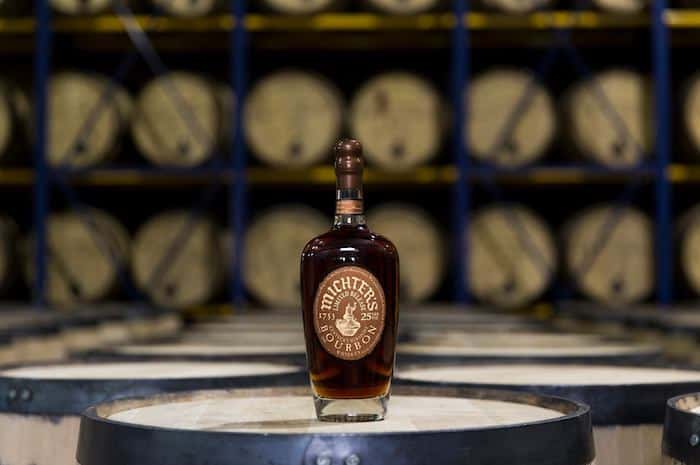 “I take the Michter’s ‘Dr. No’ position as the gatekeeper for releasing whiskey very seriously,” said Michter’s Master Distiller Pamela Heilmann in a prepared statement. “When I tasted this 25 Year Bourbon, I knew immediately it was perfectly aged.”

Little more is known about the 2017 release at this point, though I did learn from Michter’s this is a small batch release. Looking closely at the provided press image reveals there are likely only 316 bottles being made available around the U.S. and in select export markets.Tasting notes provided for this expression from the distillery upon request suggest “a complex whiskey with a really good mouthfeel and a cascade of flavor nuances that include toffee, holiday spice, molasses, chocolate, and a hint of smokiness.”