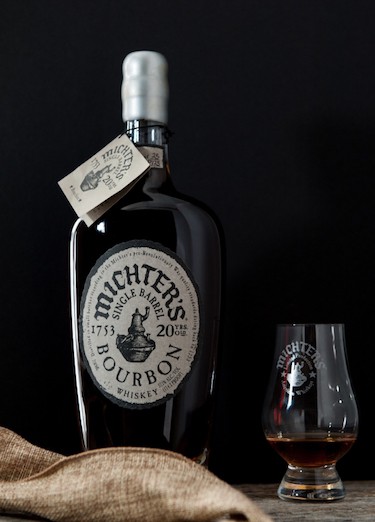 Is it possible the law of bourbon supply and demand can apply to whiskies beyond anything tied to Pappy or the Buffalo Trace Antique Collection? I suppose it can be, including it looks like, some of the higher end bottlings of Michter’s. The bourbon brand out of Kentucky recently kicked out the 2015 releases of some of its older age statement expressions, and they already seem to be commanding high prices at some retailers.

The one seeming to be the most jacked right now is the Michter’s 20 Year Bourbon. Though priced by the folks there at around $600, a look at online retailers indicates pricing that’s closer on average to over $950 a bottle! That’s pretty crazy, but not all that unexpected when you consider the fact any bourbon with an age statement of 20 years or more is going to be higher up the free market food chain in terms of pricing. It will likely be even higher on the secondary market (i.e. private sellers).

What’s thus perhaps more interesting is seeing where the Michter’s 10 Year Bourbon is falling on the price scale. Though this one has been set at retail for around $120, it is actually hanging at an average price of over $235, giving it a mark up of over $130. Some retailers have even been pushing this bottling close to $500, which is more in the range of low end Pappy pricing!

For the 2015 versions of these Michter’s bourbon bottles, it was said recently, they were actually held back from being released earlier the year. The reasons? Quality, at least according to master distiller Willie Pratt, who was quoted in a statement as saying “these two bourbons were set for release at the beginning of this year, but I held them back for a bit more aging. I wanted them to be just right.”

225
Shares
824
Views
Share on FacebookShare on TwitterGet Our Newsletter
Get The Macallan® Rare Cask at ReserveBar. Shop now!