Well, that was sudden. Much like we learned in a short and direct fashion earlier this month around the departure of long time Barton 1792 master distiller Ken Pierce today the same seems to have played out with longtime MGP master distiller Greg Metze.

MGP, in a short news release, said Metze “is departing after 38 years of service with us.” There was no immediate mention of the reason for his departure, and as for a replacement, there was no immediate mention of that either. Bourbon writer Chuck Cowdery, reporting on this over at his blog, shared a statement from a MGP spokesperson who said an announcement will be made soon “about specific personnel moves.” 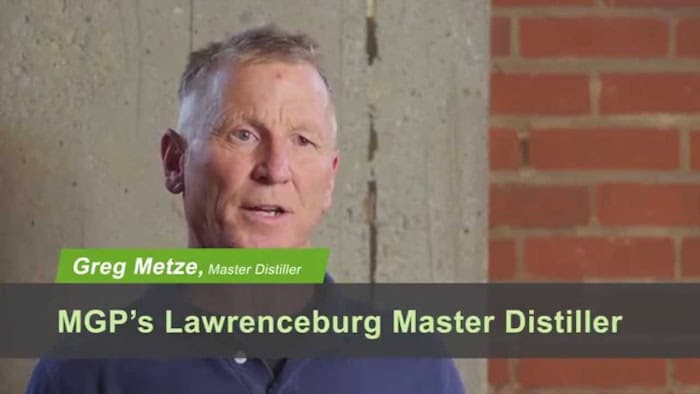 Greg Metze when he was at MGP (image via MGP)

It wasn’t clear from the information out there if Metze chose to depart or if he was forced out. In the material MGP put out about his departure, company president and CEO Gus Griffin stated “we appreciate all that Greg has done for us and the outstanding mentoring he has provided to the next generation of our Master Distillers.  We wish Greg the best of luck with any endeavors he may pursue in the future.”

Metze has a rather long history with the Indiana distillery of notorious fame among some drinkers and distillers. He spent nearly 40 years of his life there, according to a very rich background piece Cowdery has with his story on the distiller’s departure I encourage you to read.

One thing that’s not known besides the why of his leaving is the fate of his Metze’s Select offerings. A true MGP labeling in the sense they stepped out of the shadows to say it was theirs and put Metze’s name on it, the batch released last year generally got good review marks and was appreciated for its transparency. We had the chance back in April to talk about a number of topics with David Dykstra, Vice President of Alcohol Sales and Marketing at MGP, and at the time he told us of the whiskey’s development that “the goal was to show the depth of the product. Metze’s Select was made to showcase a Lawrenceburg-style high rye. We want to show people that even minute differences in the mashbill or age make unique products.”

While there’s been no mention of possible future bottlings under this label, a recent TTB label approval did reveal Cloud’s Batch ’41. MGP branded like Metze’s Select, it was created to celebrate the distillery’s 75th anniversary and was being billed as a blended wheat whiskey.