Maker’s Mark recently announced it now has the capacity to produce a whole lot more bourbon courtesy of the recent installation of its third still at its Loretto, Kentucky distillery. It certainly wasn’t an easy thing to get into place, when you consider the fact it is made of solid copper, 45 feet tall and 3 feet in diameter.

Officials at the distillery said the new still is a “mirror image” of its two existing stills, pretty much guaranteeing its distillery team, lead by master distiller Greg Davis, can replicate the same quality fans of its bourbon expect. 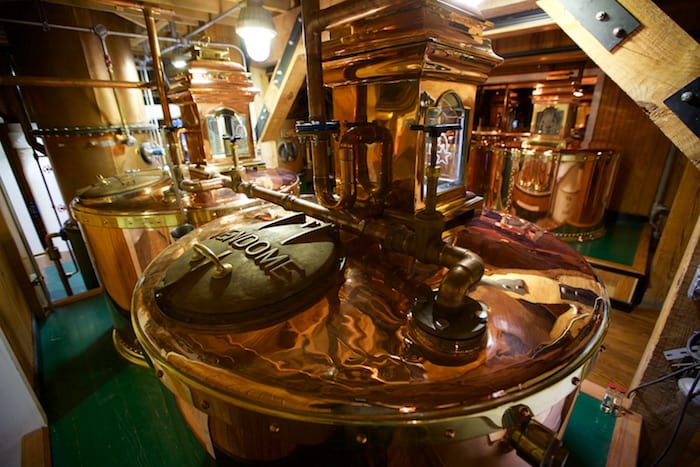 Knowing it is not just a still which makes the difference in pumping out more whiskey, Maker’s Mark is also adding two new boilers, 21 more fermenters and a new grain roller. All of this equipment together allows for what’s the equivalent of “about 850,000 more Mint Juleps’ worth of Maker’s Mark per day” to be produced.

If you have not been to see Maker’s Mark, it is described as reportedly being the world’s oldest operating bourbon distillery and one of Kentucky’s most popular destinations for visitors. It was founded over 60 years ago by Bill  Samuels,  Sr., and it is expected the new still will create bourbon worthy of his name.