The folks over at Maker’s Mark have, for awhile now, been quite successful with their Private Select Program, in which they add 10 custom finishing staves to an aging bourbon barrel to create unique flavor profiles. The distillery is now looking to take this a step further with the unveiling of their first ever, limited edition single stave finished bourbon.

Maker’s Mark Seared Bu 1-3, according to information provided to us by the distillery, is their first bourbon ever made available in such a limited quantity. Seen originally as a potential second generation offering for the Private Select program, it is created from 10 experimental virgin seared and sous-vide French oak staves. It is named as such because of these staves. 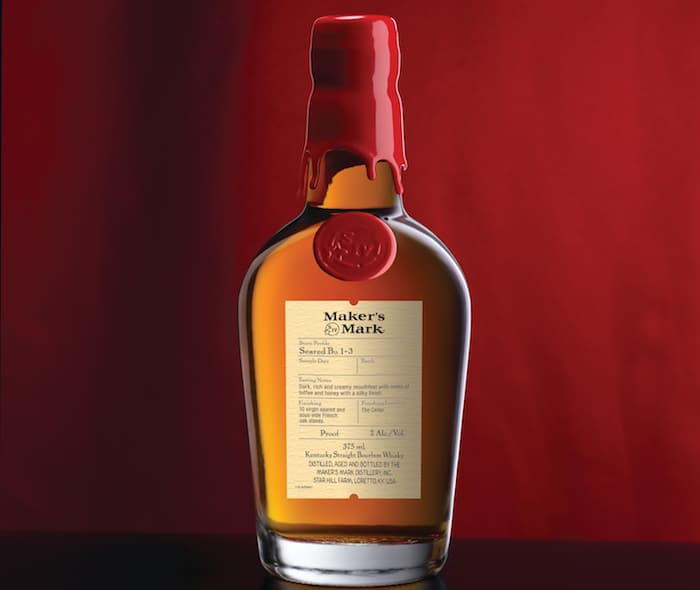 As to why the distillery ended up going this direction, it is said that Seared Bu 1-3, while able to yield a solid bourbon on its own, did not entirely complement the other staves in the Private Select program. As such, while not planning on putting this into production, they wanted to share what they had created as a special one off release for their fans.

Should you seek out a bottle of Seared Bu 1-3, it is available only through the Maker’s Mark gift shop and some Kentucky retailers for around $40 per 375 ml bottle starting in May. Just over 1,400 bottles, each bottled at 110.7 proof, are out there. Very limited official tasting notes suggest a dark, rich and creamy mouth feel with notes of toffee and honey with a silky finish.