Maker’s Mark once, a few years back, got ridiculed by bourbon lovers for a brief decision to reduce the proof on its flagship whiskey. After this offense was reversed, it eventually went the opposite direction, introducing to the market last year a “cask strength” version bottled in a proof range of 108 to 114 that we found in a recent review to be quite a pleasant drinking experience.

Now, realizing the true love its drinkers have for cask strength bourbon, Maker’s Mark is applying the higher proofing treatment to its Maker’s 46 bottling. I introduce you now to the 108 to 114 proof Maker’s 46 Cask Strength, available only at the distillery in Kentucky, for the moment anyhow, at a price point of around $40 for a 375 ml bottle. 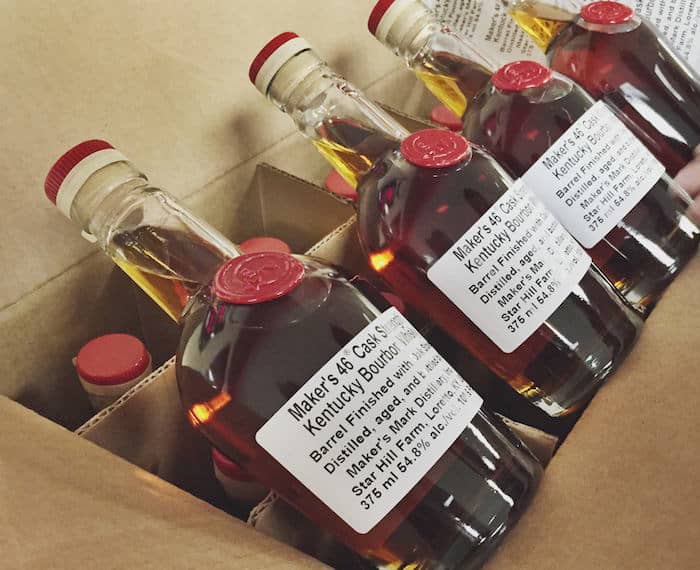 Below are some fact sheet details Maker’s Mark provided to me on request around the Maker’s 46 Cask Strength bottling. I’m gonna see if we can get hold of a sample to do an early review on this, but in the meanwhile if you get a chance to try out this new bourbon leave your thoughts in the comments section as to what you think of it.

Maker’s 46 Cask Strength is Maker’s 46 straight from the barrel – uncut and unaltered. With a proof of approximately 108-114 the bourbon retains the essence of original Maker’s 46, a contemporary interpretation of the iconic red wax dipped Maker’s Mark Bourbon, with even more vanilla, oak, caramel and spice. Maker’s 46 Cask Strength amplifies the taste and long finish that Maker’s fans have come to love over the years, while further enhancing the signature flavors found in Maker’s 46.