“Finishing in a Sauternes cask brings additional tasting notes and flavor to the bourbon,” said Rempe, in a prepared statement. “In the case of Pact 7, expect a nose of caramel, oak and spice with flavor notes of apricots, honey and peaches. The balance of sweetness and spice is what sets this bourbon apart.” Official tasting notes are below. 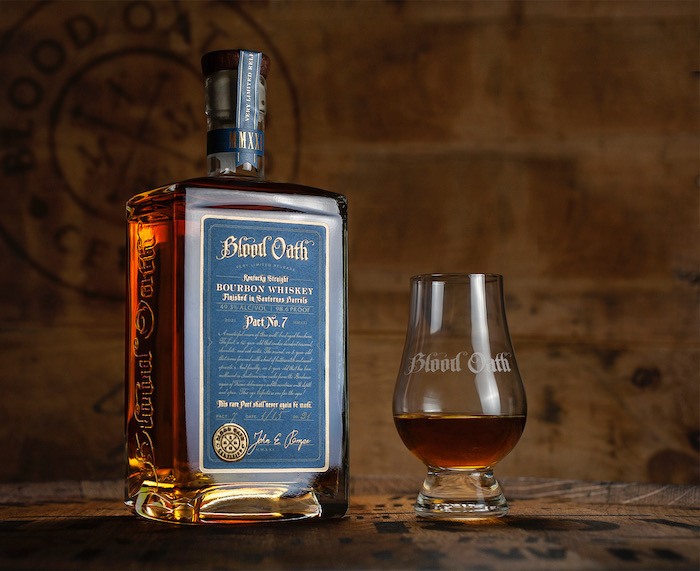 The Blood Oath series was first created in 2014 as Rempe hit upon the idea of blending three unique bourbons into one. And he named it as he did as he insists that he will be the only living person to know where the whiskeys he chose for each Pact originated.

“Creating an extraordinary and unique blend of Kentucky straight bourbon whiskeys is at the heart of the Blood Oath series,” Rempe continued. “Pact 7 continues this tradition, and the result is a secret I can’t wait to share with bourbon lovers.”

The 49.3% ABV Blood Oath Pact 7 Kentucky Straight Bourbon Whiskey is a limited release with just over 17,000 cases set to hit shelves in April with an SRP of $99.99 USD. In addition, a batch of Pact 7 bottles will be set aside to be included in a “Trilogy Pack” release that will gather together the three most recent Pacts in the Blood Oath series in one package. The first Trilogy Pack, comprised of Pacts 1, 2, and 3, was released in 2018 and the next pack, with bottles of Pacts 4, 5, and 6, will be out later this year.