Little Book Chapter 3 The Ultimate In A Blended Beam Bourbon?

The Little Book series of blended American whiskeys, as we’ve seen thus far with the releases over the last few years of Chapter 1 and Chapter 2, has emerged as a rather fascinating line up of expressions cooked up by Freddie Noe, eight generation Beam distiller and son of legendary master Beam distiller Fred Noe. For Freddie Noe it has been a way to take the traditional Beam offerings in some new directions, and for the just announced Chapter 3 we see that playing out once again.

The new Little Book Chapter 3: The Road Home, according to those behind it, is said to deliver “on [Freddie] Noe’s passion for creating one-of-a-kind blends, while also honoring his storied family roots in Kentucky.” To this end he has brought together in this bottling a blend of four “super-premium” Kentucky straight bourbon whiskies, one from each brand of the original Small Batch Bourbon Collection created by his grandfather Booker Noe in the early 1990s.

How this breaks down specifically, and why it is possible one might consider this the ultimate in a blended Beam bourbon, is that it is an uncut and unfiltered mix of 9-year-old Knob Creek and Basil Hayden’s Bourbons, an 11-year-old Booker’s Bourbon and a 12-year-old Baker’s Bourbon. Specifics on the percentages of each were not offered, and as a whole it is bottled at 122.6 proof. 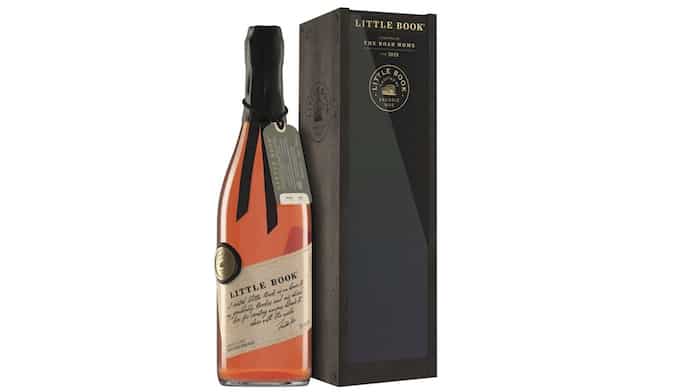 “This particular blend carries a lot of sentimental value for me,” said Freddie Noe in a prepared statement. “Each of the individual bourbons are special to me, just as they were to my granddad, and I really wanted to make sure they came through the final blend in a way that would make him proud.

“Every aspect of Chapter 3 had to be absolutely perfect – the vanilla notes, the finish, the aroma – so I meticulously tested each blend to get it to a place that represented the entire Small Batch Collection while creating something totally new that I think people are really going to love.”

As it stands now plans call for Little Book Chapter 3: The Road Home to be made available starting this month for around $125 per 750 ml bottle. Limited official tasting notes suggest that “on the front of the palate, there’s a complexity from the vanilla, wood and caramel notes signature to the Knob Creek and Booker’s Bourbons, balanced out by the spiciness known to the Basil Hayden’s Bourbon. The 12-year-old Baker’s contributes a lingering, warm and sweet finish, layered with tones of oak.”