Celebrity involvement in the spirits world is certainly nothing new these days, especially when it comes to whiskey. Case in point, from a few years back, is the tie up between Wild Turkey and noted actor Matthew McConaughey. The latest now to get on this trend is quarterback great Terry Bradshaw and his new Terry Bradshaw Kentucky Straight Bourbon Whiskey.

Terry Bradshaw Kentucky Straight Bourbon Whiskey, according to those behind it, is a collaboration between Bradshaw and Silver Screen Bottling Company, the outfit behind a number of entertainment tied spirits such as the James T. Kirk bourbons. It is said this bourbon was distilled in Kentucky by a “third-generation master distiller.” Though it was not specifically revealed who this was or what distillery it heralds from, a search of the public TTB COLA registry reveals the distillery to be O.Z. Tyler/TerrePURE Kentucky Distillers.

“There is something quintessentially American about bourbon,” said Bradshaw in a prepared statement. “There’s just nothing better than a fireplace, two fingers of Bourbon, a great cigar and Pavarotti playing in the background. I’ve always appreciated a good bourbon, and now I’ll be enjoying my own!” 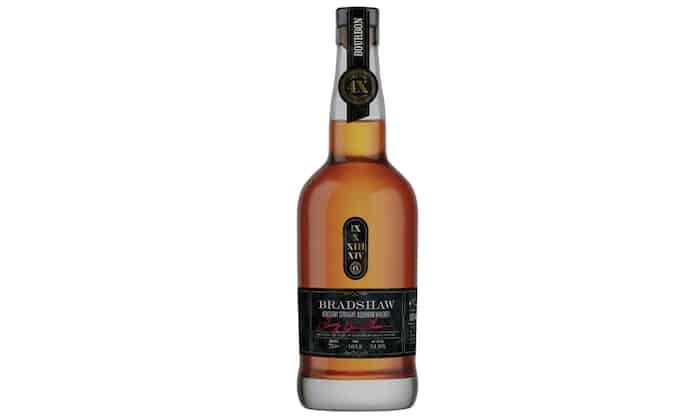 This bourbon is bottled at 51.9% ABV (103.8 proof), said to be “a tribute to Bradshaw’s passing completion rate of the same number.” It is priced at around $40 per 750 ml bottle, and should begin rolling out nationwide in the coming months. Limited official tasting notes suggest “vanilla, coffee, banana, leather and campfire notes are available on the nose. Bradshaw Bourbon delivers robust flavors of cinnamon, baking spices, vanilla and coconut on the palette, with a finish of wood, vanilla and butterscotch.”