The world of whiskey is one in which countless distilleries across the globe distill and age spirit on a daily basis, often in the hopes of making it big someday. What’s one way in particular in which you can perhaps make a big splash? By putting a celebrity name on your expressions, which is what has happened with the debut of Heaven’s Door Spirits from iconic musician and artist Bob Dylan.

Heaven’s Door Spirits, according to those behind it, ties Dylan together with Spirits Investment Partnership (SIP), a liquor brand development company whose CEO Marc Bushala was a co-founder of Angel’s Envy bourbon in Kentucky. The new partnership between Dylan and Bushala is focused around the development of what’s said to be a “collection of super premium American whiskeys” that will be ever evolving and in collaboration with different master distillers and blenders from across the country. 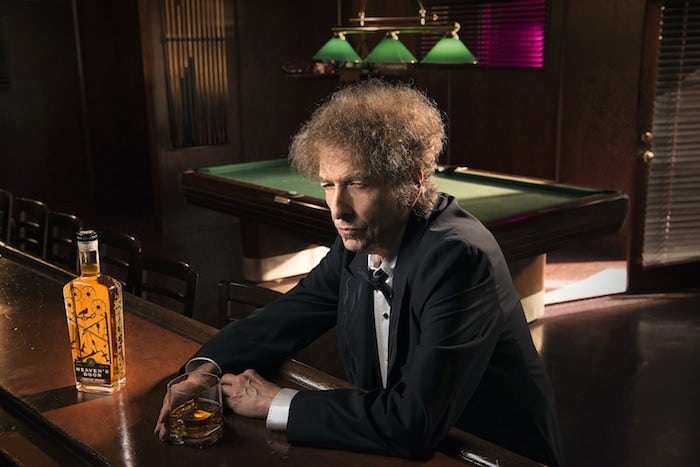 It is said the genesis of Heaven’s Door came when Bushala read that Dylan had registered a trademark application for “Bootleg Whiskey” in 2015. Bushala embarked on a mission to connect with the artist and explore ideas. Through a mutual friend, a meeting between the two was arranged. Together, they developed the idea of creating this new whiskey collection.

“We both wanted to create a collection of American whiskeys that, in their own way, tell a story,” said Dylan in a prepared statement. “I’ve been traveling for decades, and I’ve been able to try some of the best spirits that the world of whiskey has to offer. This is great whiskey. I am happy to be partnering with Marc and our entire team as we bring Heaven’s Door to the public.”

“Rather than make a single whiskey or work with one master distiller, we thought it would be far more interesting to work with various master distillers and blenders to make whiskeys that would each have their own unique signature,” added Bushala. “By working with different whiskey artisans for each new expression, the portfolio would be more diverse and eclectic.”

The bottles holding Heaven’s Door whiskeys will feature the iron gates Dylan had created in his studio, Black Buffalo Ironworks, from objects found on farms and scrapyards across America. Complementing the mainstay portfolio, next year the brand will introduce The Bootleg Series, showcasing Dylan’s paintings on proprietary bottles. The Bootleg Series will offer rare whiskey stocks and special blends, available in very limited quantities. 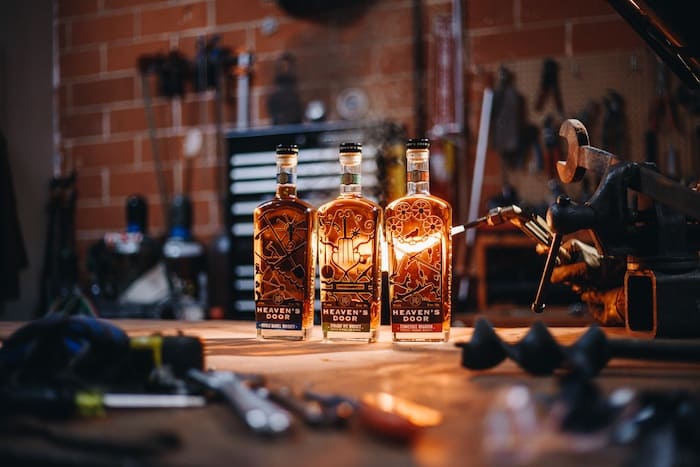 As for what’s being released initially, here is the three bottle line up according to information from Heaven’s Door:

These different expressions already have done well at a couple of noted spirits competitions, garnering top awards. They’ve also gotten high marks from some noted voices in the spirits world. As for pricing and availability, expect all to be initially available later this month in Tennessee, Texas, California, Florida, New York and Illinois (with more markets to come soon), as well as online. The suggested retail price range is between $50 and $80 a bottle.

Finally, plans are in the works to open a Heaven’s Door distillery and brand experience center in a 140-year-old church in Nashville in 2019. Dylan recorded four albums and is said to have made a lasting impact on the Music City.