MGP has, among its stable of American whiskeys that it doesn’t sell to other distilleries, its Remus Repeal Reserve Series. This line up, which first debuted in 2017, is named after one George Remus, the so-called “King of the Bootleggers.” It is now on its fourth release, which is set to drop this coming September.

The new Remus Repeal Reserve Series IV Straight Bourbon Whiskey, according to those behind it, is made “in a signature high-rye style.” The “medley changes each year allowing the distillery team to experiment with their various mash bills and cask-aged reserves. Remus Repeal Reserve Series IV showcases a medley of two mash bills from 2008. It is comprised of 77% bourbon (21% rye) and 23% bourbon (36% rye).” 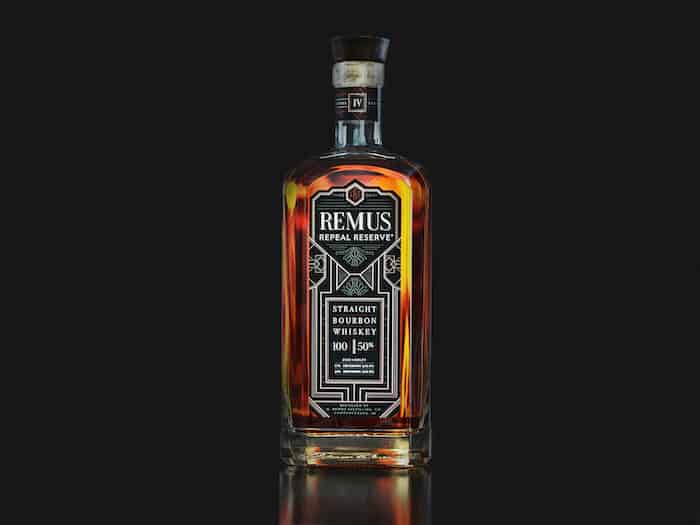 “Now in its fourth year,” said Andrew Mansinne, Vice President of Brands, MGP, in a prepared statement, “our Remus Repeal Reserve program has exceeded expectations and allows us to showcase the character of our extensive, aged bourbon reserves and blending expertise. Series IV delivers a bold, high-rye character and a beautifully balanced profile that reflects 12 years of age.

“We’re delighted to offer our next release earlier this fall to respond to consumer demand, and will also support an extensive tasting and education effort throughout our growing distribution network.”

MGP has bottled this 12 year old, high rye bourbon at 100 proof (50% ABV). Pricing has been set at around $85 per 750 ml bottle, and it will be available in limited quantities in Arizona, Colorado, Connecticut, Illinois, Indiana, Kansas, Kentucky, Maryland, Montana, Minnesota, Missouri, Nebraska, Ohio, Tennessee, Texas, Wisconsin and District of Columbia (DC).