The Heaven Hill distillery was founded by the Shapira family in Kentucky back in 1935. From then to know it has gained a reputation as one of the foremost American whiskey producers, currently sitting on over 1.8 million barrels aging locally in 61 warehouses. As a celebration of its anniversary it has released a new 13 year old bourbon.

The new Heaven Hill 85th Anniversary 13 Year Old Single Barrel Kentucky Straight Bourbon Whiskey, according to those behind it, is a single barrel, one time release. It was distilled on December 13, 2006 and dumped on Dec 13, 2019. It is said to honor the anniversary and date Heaven Hill first filled a bottle with bourbon in 1935. 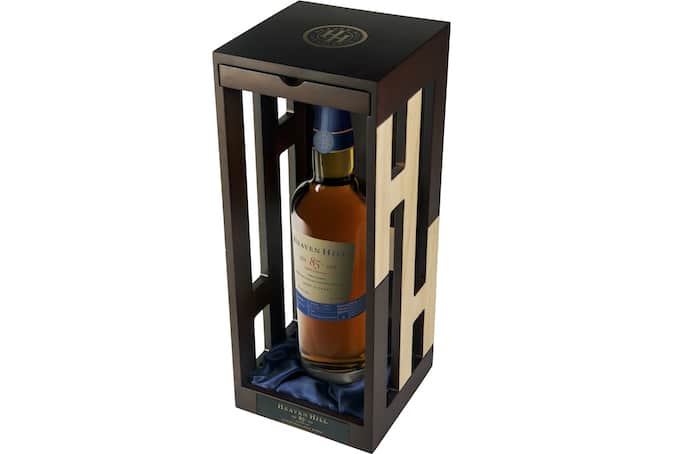 “Perseverance is a hallmark of Heaven Hill’s history, and a value resonating across the industry this year,” said President Max L. Shapira, in a statement. “Our steadfast commitment to quality and an enduring legacy continues to guide Heaven Hill’s path forward. We look forward to lifting America’s spirit for the next 85 years, as we have since 1935.”

Of also note with this release is that it was aged on the second floor of Rickhouse G on Heaven Hill’s main Bardstown campus. The anniversary bottle is cut to 107 proof, Heaven Hill’s original barrel entry proof circa 1935, and non-chill filtered.

Plans call for this bourbon to be released as a 750 ml bottle, placed in a custom wooden box bearing two H’s on each side signifying the Heaven Hill name. The bottle is secured in the box with magnetic closure. A distiller’s notes label features hand-written bottle numbers, distiller tasting notes, and DSP-KY-1, denoting the Heaven Hill Bernheim Distillery.

Pricing is set at around $300, and it will be available late this year at the distillery’s tasting center and limited Kentucky retailers.

35
Shares
2.5k
Views
Share on FacebookShare on TwitterGet Our Newsletter
Get The Glenlivet 18 Year Old at ReserveBar. Shop now!