Four Gate Whiskey Company, founded by Bill Straub and Bob D’Antoni as the Chief Blending Officer and Chief Barrel Officer, respectively, continues to make strides as an independent bottler in the American whiskey market. The company is now on to batch 8 of its releases, this time with the whiskey being a 10 year old Tennessee Straight Bourbon that’s a bit of a departure from some other batches, which are cask finished.

The new Four Gate Batch 8 “Tennessee Foundation,” according to those behind it, is drawn from a selection of five barrels of 10 Year Old Tennessee Straight Bourbon with a mash bill of 84% corn, 8% rye and 8% malted barley. It is bottled without chill filtering, and follows in the footsteps of two unfinished Kentucky Straight Bourbon Whiskey batches. 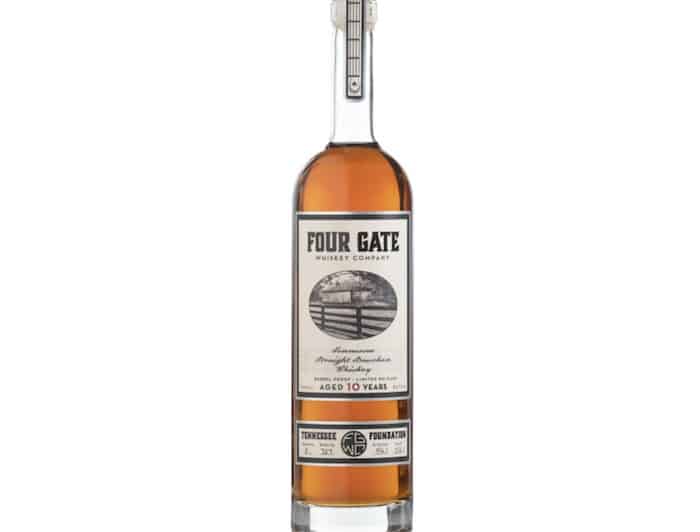 “I’m really pleased with the results,” said Straub in a prepared statement. “I don’t think we could possibly present this whiskey any better than we have with this blend.”

As it stands right now plans call for just 812 bottles, each with a proof of 56.1% ABV, to be released in Kentucky, Tennessee, and online. Price point has been set at around $150 per 750 ml bottle. You’ll find some official tasting notes below for your consideration from the brand.

As a side note, part of the reason this particular release came about is tied to the fact that those unfinished Kentucky bourbon releases mentioned earlier were so limited in availability that “ only a handful of those bottles made it to our second major market in Tennessee – or outside of Kentucky at all.”

“We knew when we released batch 5 (Foundation) that there were so few bottles, our customers in Tennessee would likely miss out,” said D’Antoni. “Our distributor in Tennessee asked us if we could do something else for markets outside of Kentucky, so we answered the call.”