Bourbon from the old country. No, not Kentucky or Tennessee. The OLD country … Poland.

Kozuba & Sons Distillery, which now calls Florida home, has its roots in the countryside of eastern Europe. Their story begins in 2005 in the Polish village of Jablonka in the northern lake region of Poland. Zbigniew “Papa” Kozuba, a biochemist and businessman, retired and moved to the countryside to live out his dream. While there, Papa began tinkering with cordials, continuing a Polish tradition of infusing spirits.

With his cordials gaining popularity, Papa then began experimenting with traditional Polish cordials on a larger scale. Matthias and Jacob, the named “sons,” joined the hobby operation to help Papa turn it into a business. A few years later, after a successful market introduction of Kozuba’s line of cordials, they ordered their first hybrid copper still and shortly after started distilling their first vodkas, becoming the first family owned and operated micro-distillery in post-war Poland. In 2012, they started distilling the first Polish single malt whiskey and experimented with other varieties of the world famous brown spirit.

However, when it came to marketing and selling, the family said they found the spirit industry in Poland did not have room for a small, family-operated craft operation. They realized they needed to move to a country thirsty for small-batch, local spirits. 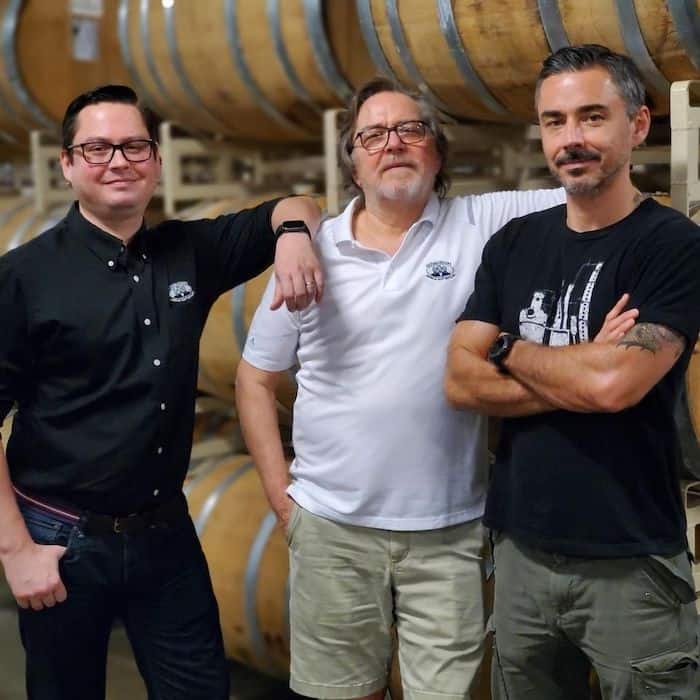 After weighing their options, they chose Florida to call home and moved from Poland to St. Petersburg in 2014. Since then, the family has continued to grow, as has the distillery. And also growing is their trophy case. Kozuba & Sons Distillery was recently named 2020 Florida Distillery of the Year by the New York International Spirits Competition, citing the distillery’s “expert craftsmanship and high-quality spirits created at their St. Petersburg-based facility.”

Garnering a “distillery of the year” honor, Jacob said Kozuba & Sons will have to “work even harder to keep this fire burning. It is a boost and a challenge at the same time. When we first came here in 2014, there were probably a handful of craft distilleries. We were starting from scratch, being the outsiders, and we knew that we had to move fast before things blow up. Today, there are over 46 craft distilleries here.

“Becoming one of the top distilleries is a major achievement for us. We think we are one of the top because we know there is no such thing as ‘the best’ in this industry. We know a lot of other Floridian distillers and they all make great stuff; they are all very passionate, innovative, and dedicated, and that is what craft distilling is all about. That is the beauty of it.”

But how was it adjusting the distilling of craft spirits to fit an American audience? Matthias explained, “At first, we thought it would be as easy as copy and paste, but the reality check hit us hard. We had to revisit our brand image and take the products as they were … created back in Poland … off the market to avoid a total catastrophe.”

He used vodka as an example. “In Europe, we drink a lot of vodka neat or on the rocks, as well as a lot of vodka-forward cocktails. This is why the quality of vodka, its flavor profile, and the mouth feel is critical. On the other hand, the vast majority of Americans mix their vodka with all sorts of heavy mixers. They do not want to taste the vodka in their cocktails. That is why corn and wheat-based vodkas are so popular in the USA, while it’s rye and potato that dominate European palates.”

The same goes for whiskey. “The first two whiskies that we brought to the USA were our 100-percent malted rye and Starkus light rye whiskey. Both had that rustic, spicy mouth feel with elevated levels of heat. Although rye was gaining a lot of momentum at the time of our arrival, we quickly learned that American-made rye is rounder and sweeter than ours. Both cases reflect the transition of flavor preferences we had to go through, as well as the rethinking of our portfolio and modifying mash bills, production methods, and aging processes.” 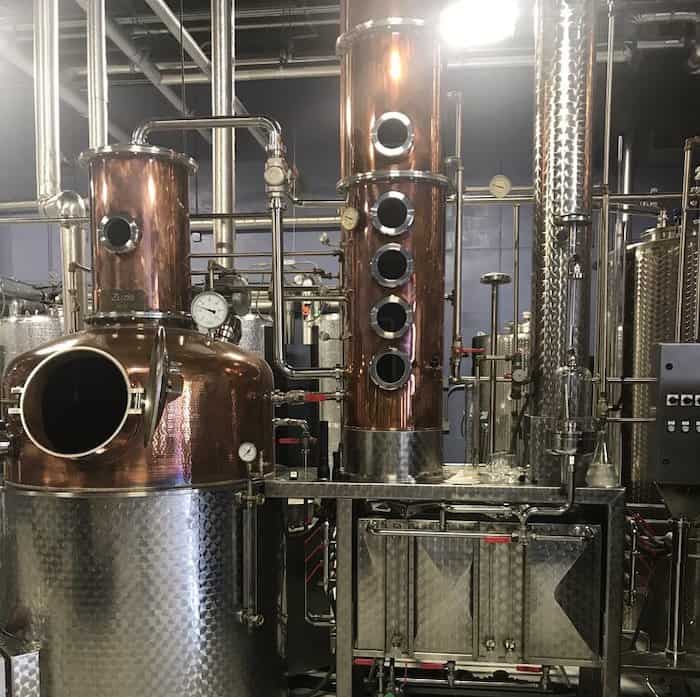 Something that stands out with Kozuba & Sons Distillery, they utilize recycled water, distribute spent grain to local farmers to eliminate waste, and operate their steam-heated stills by way of a gas-powered boiler to limit energy consumption. Along with their sustainable packaging, Kozuba & Sons Distillery seeks to educate and encourage consumers to learn about sustainable packaging, recycled materials, and reducing package waste in the spirits industry.

“As a small, family-operated craft distillery, we are thoughtful with our approach to distilling our spirits, as well as the environmental impact of our operation,” Papa said. “From our packaging to our water use and energy conservation practices, we take a holistic approach to sustainability.”

While they are taking the whiskey market head on, vodka is still the flagship. “We are from Poland, the country of vodka. This is what we do best,” Matthias said. “We are absolutely in love with our latest addition to our line of vodkas, the potato vodka. Its texture and mouth feel are unique. Having said that, we are also considering bringing back our rye vodka, which we know is not popular in the USA, but without the rye, our line is just incomplete. Don’t get us wrong. We love making whiskey, and we hope that with time, our whiskey will go hand in hand with our vodkas.”

And to note, Kozuba & Sons Distillery has received numerous accolades this year for their whiskeys. They received a gold medal for their Kozuba High Wheat Rye Whiskey 6 Years Old. This high wheat mash bill of 65-percent rye and 35-percent wheat is fermented for three days then distilled in batches using hybrid copper stills. It’s aged in full-size, virgin American oak barrels. It comes in at 90 proof.

Their bourbon whiskey is a handmade, grain-to-glass, straight bourbon. It celebrates the Kozuba family’s move from Poland to join the American craft-distilling movement. It is small-batch distilled in hybrid copper stills, then aged for more than three years. This release is limited to only seven barrels and comes in at 90 proof.

They also received bronze medals for their Starkus Light Whiskey, which is recreated from a 16th-century recipe. Its light and easy flavor profile features a subtle oak character that comes from aging in American white oak, after-whiskey barrels, and clocks in at 80 proof. 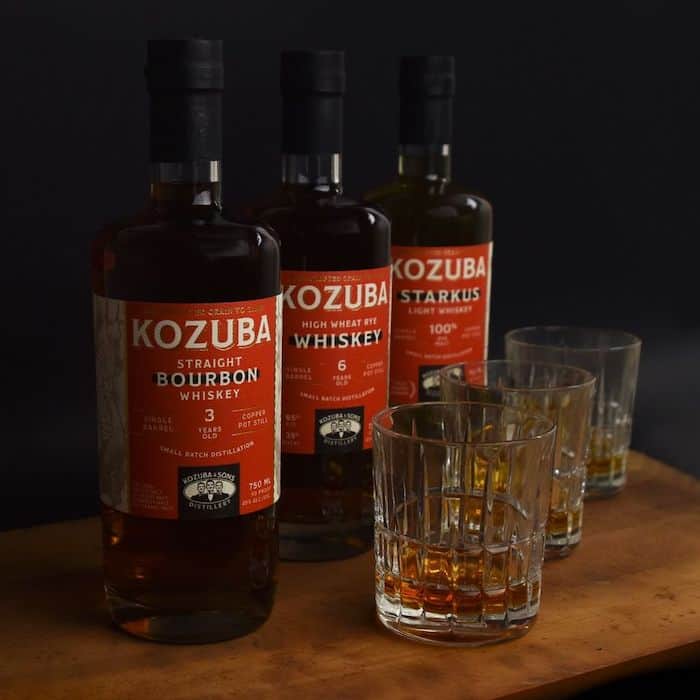 “Our bourbon is high-rye, not wheat. Its mash-bill is 53-percent corn, 23-percent rye, 12-percent wheat, and 12-percent barley malt. Again, not your typical sweet and well-rounded bourbon,” Matthias said. “It has a bite to it thanks to our beloved rye, which we love so much … But, going back to the beginning, we did the same thing that we did in Poland with our first single malt whiskey. Maybe even worse than that. Why? Well, imagine this; Polish distillers coming to the USA to make bourbon. Can it get more ridiculous than that? The truth is that we never wanted to open that door. We wanted to make rye and single malt whiskey. But one day, the three of us said ‘What the hell, let’s do it.’ So, we made seven barrels of bourbon.

“Today, we regret that we didn’t keep going because we love how it tastes after three years in the barrel. Again, it’s not your typical bourbon, but that is also why we love it so much. It’s different. It is a mix of our Polish ‘rye-ish’ heritage with the pleasant sweetness of all-American corn.”

It’s a similar story with their High Wheat Rye. “The first rye that we made in Poland was Mr. Rye, with its unmistakable 100-percent malted rye bombshell,” Matthias said. “We shipped some of it to the USA and we still have some bottles left in our gift store. But that product showed that it was too wild for the American consumer. That is why we decided to tame our second rye and tone it down with subtly sweet wheat. After six years in the barrel, it came out beautifully rounded and well balanced, ready to be sipped over and over again. Some of the people who tried both our bourbon and high wheat rye, said that the latter tasted more like bourbon than our bourbon itself. It’s funny.”

Jacob tipped his hand to some of the higher-end products coming soon to market from Kozuba & Sons, which include a 100% barley single malt and a four-grain single malt, with a much lower barley content. They are also working on the blend of straight bourbon and straight rye, launching later in 2021.

“At the end of the day, we will keep improving our existing products and surprising fans with new creations, sometimes surprising ourselves, too. We want to keep our fans entertained and we want them to be proud of us at the same time. We never want to disappoint anyone looking to explore the world of craft spirits and that is quite challenging,” Jacob said.

172
Shares
3.3k
Views
Share on FacebookShare on TwitterGet Our Newsletter
Read More Whiskey News
Whiskey Review: Westland Garryana Edition 5
Cheers to the Dads! Personalize a bottle of his favorite whiskey to create a modern gift for the modern man. Use code: FATHERSDAY20 for $20 off your next order of $100 or more at ReserveBar