The Old Taylor distillery in Kentucky has a long history in bourbon lore, having first been established in 1887 and producing whiskey for sometime before eventually falling into disrepair and neglect over a period of over 40 years. It was brought back to life by a pair of entrepreneurs and a female master distiller not too long ago, and now, as part of its rebirth, it has gained a new name – Castle & Key.

What the new Castle & Key is undertaking, being led by Will Arvin, Wesley Murry and master distiller Marianne Barnes, is a painstaking resurrection of an 83 acre site which includes, among other things, a massive limestone castle and surrounding grounds geared towards tourism. While this might seem daunting for most, the young trio seems unfazed by the challenge. 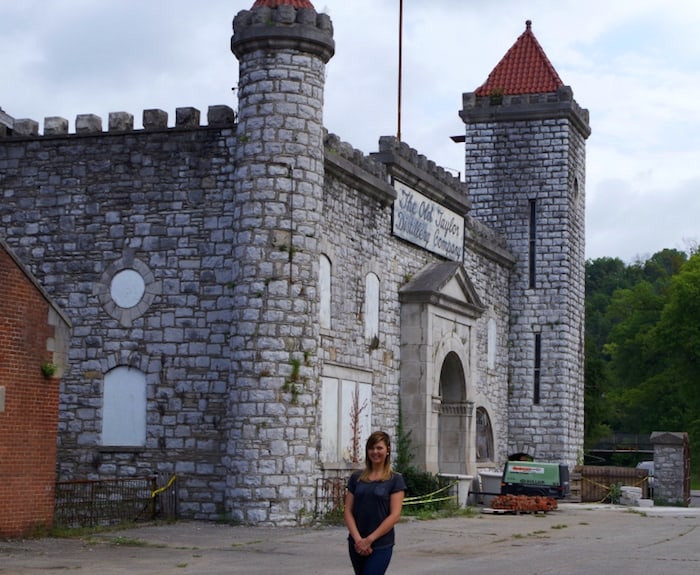 “Under the rubble and overgrowth, there were 100 year old buildings that were still structurally sound and architecturally astounding, and while a number of people seemed to have passed on this hidden treasure, we knew it could be revived to make great spirits,” said Arvin in a statement.

This hidden treasure, as Arvin calls it, will very much be a work in progress for sometime. Recent work at the site has allowed for “state of the art distillation equipment manufactured by Vendome Copper & Brass Works” to be recently installed, allowing whiskey production to begin this summer. In addition to distillation capabilities, the team said, “the facility has two barrel storage buildings one of which is the longest bourbon rick house in the world measuring almost two football fields in length.”

Also of note is recent work on the original 1887 formal sunken garden, which was turned over to the care of Kentucky fine gardener Jon Carloftis. Located at the foot of the towering castle, it is said “it features a koi pond with benches surrounded by greenery, southern magnolia and hydrangea. Carloftis also designed a quarter-mile botanical garden path from which Barnes will source botanicals for her gins.”

Now while I’m sure you’ll read that last line above, see gin and wonder whether Castle & Key is planning to actually make Kentucky’s native spirit or not, worry not. Plans are in the works beyond that clear spirit to introduce a rye whiskey by 2018, and, then, traditional style Bottled-in-Bond bourbon. Barnes is sourcing grains from a local farmer for the whiskies, hoping to bring back a strain similar to what would have been used by original founder Colonel Taylor in his time.

“The core of Colonel Taylor’s vision with bottled-in-bond was building a relationship of trust with his consumer, providing a literal guarantee of bourbon’s authenticity and, by extension, quality,” said Barnes. “Our goal is to embrace and enhance that vision, creating products and sharing the story from the plow to the bottling line.”

Barnes, who spoke with us in an interview last year, said at the time she was actually “working with a 1917 sample of Taylor’s bourbon to get” at the strain she hopes to make into a new bourbon. It is through innovation like this, the Castle & Key team likely hopes, will once again put this facility and its whiskey on the minds of tourists and drinkers alike.