It is busy, busy times in Kentucky bourbon country these days, be it former master distillers returning from retirement to start their own distilleries or the likes of Jim Beam having just put down to rest their 14 millionth bourbon barrel. Things are hopping as well on the smaller distillery front, with MB Roland announcing it will begin a “steady flow” of its signature spirit this month.

MB Roland Distillery, founded back in 2009 and part of the Kentucky Bourbon Trail Craft Tour, describes itself as Kentucky’s “first completely ‘grain to glass’ craft distillery.” It is under this vision it begins more consistent production of its Kentucky bourbon whiskey, making use of local, food-grade white corn at the heart of the mash bill. This advancement comes on the heels of several previous batches of “distillation & barrel proof” in the past. 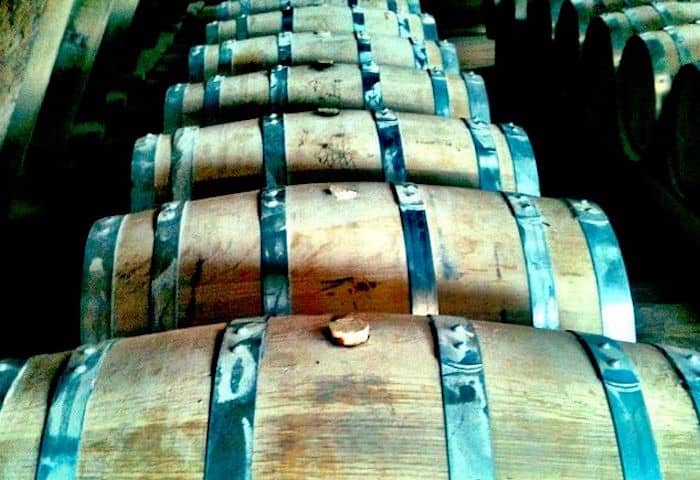 The batch coming to market starting next week, noted those at the distillery, “will be the first of many in a regular sequence of bottlings to ensure a steady supply of the product will be available for tastings and purchases on site at the distillery gift shop.” It, like the test batches, will be double pot distilled and then aged in Kentucky made barrels before being bottled both uncut and unfiltered. Typical batch strength runs between 102 and 108 proof.

For those unable to make it to MB Roland, plans also call for bottles to be “distributed in limited supply to select Kentucky and Middle Tennessee package stores and restaurants, with additional distribution anticipated in more states over the next year.”

For those unfamiliar with MB Roland, it was started by husband and wife team Paul & Merry Beth Tomaszewski and produces other spirits besides bourbon for its fan base. These include a number of flavored shines and a rather interesting Mint Julep expression said to be made with 100% natural spearmint leaves.

313
Shares
293
Views
Share on FacebookShare on TwitterGet Our Newsletter
Get The Glenlivet 18 Year Old at ReserveBar. Shop now!