The Bardstown, Kentucky company, which produces Bernheim Original Wheat Whiskey, Rittenhouse Rye, and Evan Williams Bourbon, among many other brands, became the only independent, family-owned and operated distillery to reach this milestone. 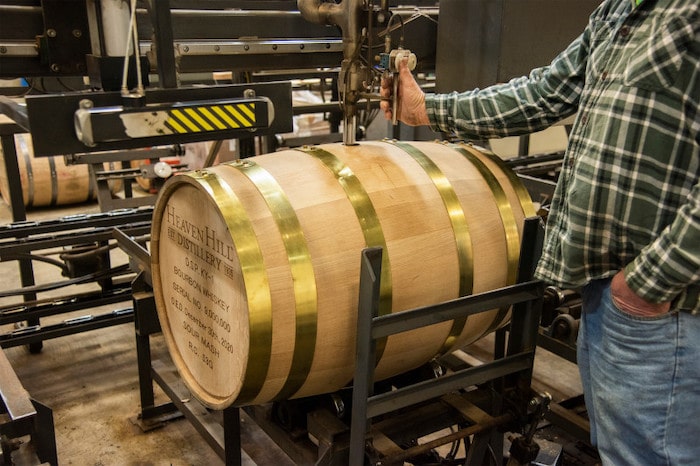 “In a year defined by teamwork and perseverance, today we celebrate another historic Heaven Hill milestone as we fill the nine millionth barrel of Bourbon,” said Max L. Shapira, president of Heaven Hill, in a prepared statement. “This nine millionth barrel, a rare achievement in the industry, is a testament to Heaven Hill’s commitment to quality and consistency since 1935.”

Heaven Hill’s distillery in Bernheim, Kentucky is already the largest single-site bourbon distillery, producing 1,300 barrels each day, and boasts more than 1.8 million barrels aging in their 63 warehouses throughout Nelson and Jefferson Counties. In 2020 alone, they launched new releases like Elijah Craig Toasted Barrel and Parker’s Heritage Collection 10-Year-Old Heavy Char, and were awarded 2020 Whisky of the Year by Whisky Advocate for their Larceny Barrel Proof Bourbon.

There are big plans ahead, as well, as they just completed the construction of their new Bourbon Heritage Center tasting rooms and retail store, with a grand opening set to take place in the early summer of 2021.

The nine-millionth barrel will be aged in Heaven Hill’s Rickhouse Y warehouse, where it will be on display alongside the company’s other milestone barrels.