A new wheated bourbon is coming to market, this a Bottled-in-Bond small batch release from Kentucky’s Bluegrass Distillers.

The craft distillery in Lexington is using a wheated mash bill of 75 percent corn, 21 percent wheat, and 4 percent malted barley. This bourbon is a blend of four barrels aged nearly five years, Bluegrass officials said. Carrying the Bottled-in-Bond tag, it means the whiskey is federally designated to be made by one distillery in one season, aged at least four years in a federally-bonded warehouse, and bottled at 100 proof. 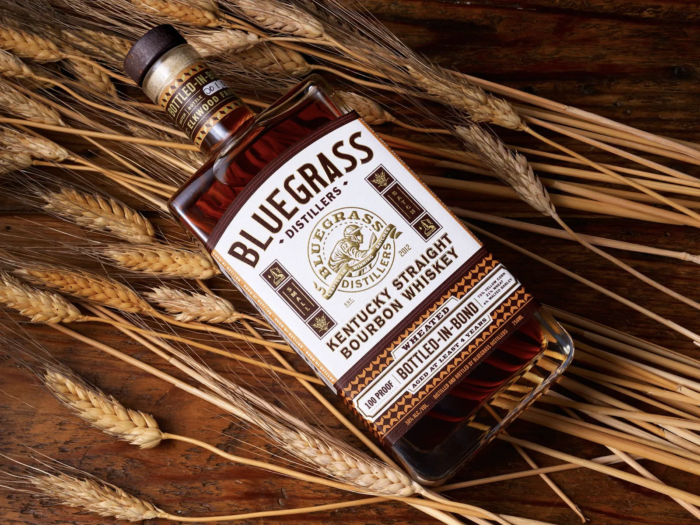 “Our team is exceptionally proud of this delicious small batch wheated bourbon release. It is our second Bottled-in-Bond product which marks a major milestone for our distillery,” said Ben Franzini, Bluegrass Distillers co-owner, in a prepared statement. “This is the first major release using our newly-designed label and it’s representative of the extraordinarily high quality products we look forward to producing more of as we embark on our distillery expansion this year.”

Bottles of the wheated Bottled-in-Bond are available for purchase from the Bluegrass Distillers Lexington location and through distribution in the next couple of weeks.

Bluegrass Distillers began distilling in 2013, and opened its doors on West 6th Street in Lexington in 2015 at its current distillery in the Bread Box building. The major expansion at the Historic Elkwood Farm in Midway, Kentucky, will feature an expanded distillery, barrel warehouses, tasting rooms, visitors center, and event spaces coming in late 2021.