Bluegrass Distillers, located in Lexington, Kentucky, was founded back in 2012, one of the early risers in that state’s craft distillery movement. They’ve already released a number of American whiskeys to market and now, as a general coming of age for an increasing number of craft whiskey makers nationwide, they’ve announced their first bottled in bond offering.

The new Bluegrass Distillers Four Year Bottled in Bond Bourbon, according to those behind it, is a high rye style bourbon, having a mash bill that’s 80 percent yellow corn and 20 percent rye. As with other bottled in bond style whiskeys, it is designed to hit the marks that legally distinguish this special designation, including being “made by one distillery in one season, aged at least four years in a federally bonded warehouse, and bottled at 100 proof in order to highlight the skill of the distiller.” 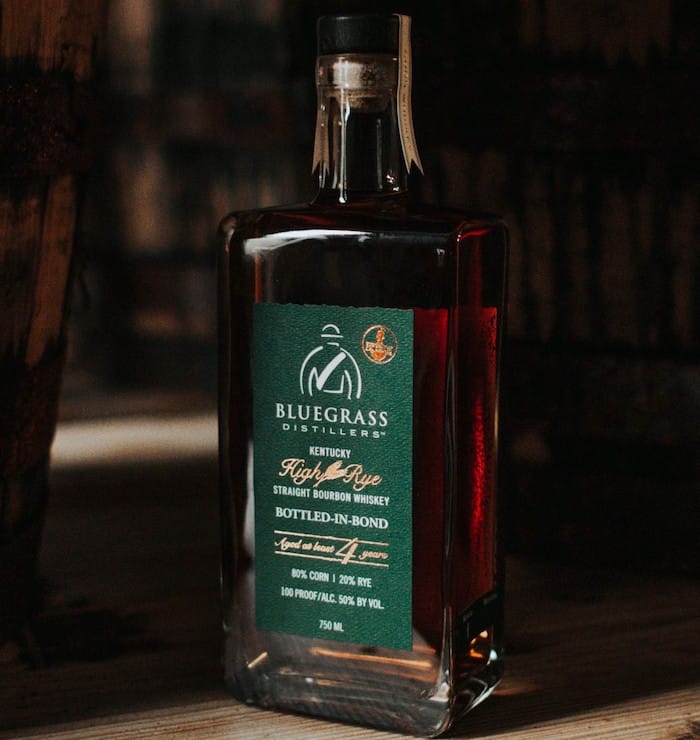 “It’s crazy to think that our first batches were made way back in 2013,” said Bluegrass Distillers co-founder and owner Sam Rock in a prepared statement, “and now here we are about to release our first Bottled-in-Bond bourbon. We’ve been blessed to have a team committed to crafting high quality Bluegrass Distillers bourbon for almost seven years now.

“We couldn’t have gotten to this point without the support of our community and team. We’re excited to finally share this bourbon with everyone.”

As it stands now, plans call for this bourbon to be available through the distillery and select retailers for around $55 per 750 ml bottle. A forest green label with metallic bronze lettering and a jockey silk logo emblazons the bottle, reportedly “calling to mind both the spicy nature of winning thoroughbreds and a meticulously hand-crafted rye bourbon.”