The Kentucky Peerless distillery, as we’ve talked about in the past, has a long and storied history in Kentucky whiskey lore. Corky Taylor and his son Carson Taylor resurrected the brand a number of years ago, even managing to secure the original Kentucky Distilled Spirits Plant Number the first Peerless had back when it was in the family from 1889 to 1917 under Henry Kraver, Corky Taylor’s great-grandfather. The modern Peerless first debuted a rye whiskey, but the true heartbeat of this family is bourbon, and now that is set to beat again with the pending release of this American whiskey style from here.

The new Kentucky Peerless Bourbon, according to those behind it, is the first official release of its kind in over 100 years. It is said that after the Taylors began barreling in March of 2015 they patiently waited for the bourbon to hit the right spot in the aging process. What they’ve ended up with is a four year old straight bourbon that’s the result of the “exclusive use sweet mash instead of sour, non-chilled filtration, barreling product at 107 proof and bottling it as a barrel strength whiskey.” 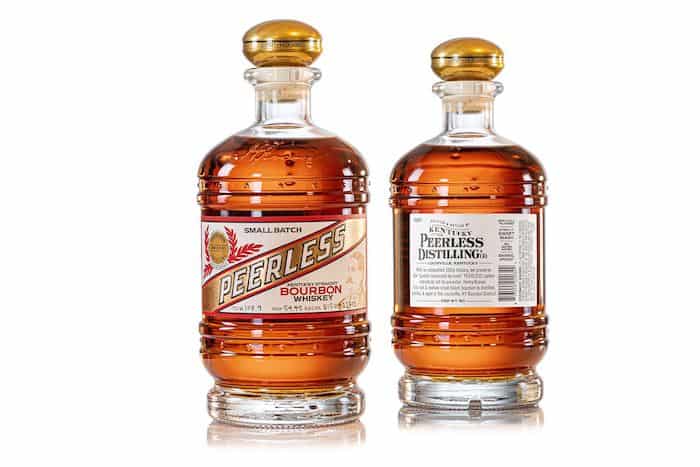 “The launch of our bourbon marks the realization of so many dreams from the team at Kentucky Peerless,” said Kentucky Peerless master distiller Caleb Kilburn in a prepared statement. “The hard work, dedication, and patience has finally paid off and we are humbly excited to see our product join the ranks of the many great Kentucky Bourbons!”

As it stands now plans call for the Kentucky Peerless Bourbon to be initially released at the distillery in downtown Louisville, Kentucky on June 22 “in limited quantities.” It looks to be bottled at 54.45% ABV (108.9 proof), and no immediate price was mentioned. It should be noted as well that Kentucky Peerless takes pride in the fact that, all under one roof, “the select Kentucky Peerless grains are milled, cooked, fermented, double-distilled and barreled as bourbon & rye.”