To watch the evolution of one time cult whiskey label Kentucky Owl is to see the skyrocketing growth of an American whiskey brand. It was, at one time, a somewhat hush, hush collector’s secret in Kentucky before eventually being scooped up by Stoli Group. This led to a push to take the brand nationwide in what’s seemingly been an aggressive expansion plan that includes what is best described as a planned avant-garde type distillery in Bardstown. Now the word is this move across the country to be in all 50 states is complete with the unveiling of the new Confiscated Bourbon.

Kentucky Owl Confiscated Bourbon, according to those behind it, is a line extension for Kentucky Owl that “pays tribute to the barrels the government seized” from founder and master blender Dixon Dedman’s great-great grandfather, C.M. Dedman, just ahead of Prohibition. These barrels, as the lore goes, were never seen or tasted again. To be clear, these lost barrels are not the sourced whiskey that’s in this particular release – it is just part of the backstory marketing. 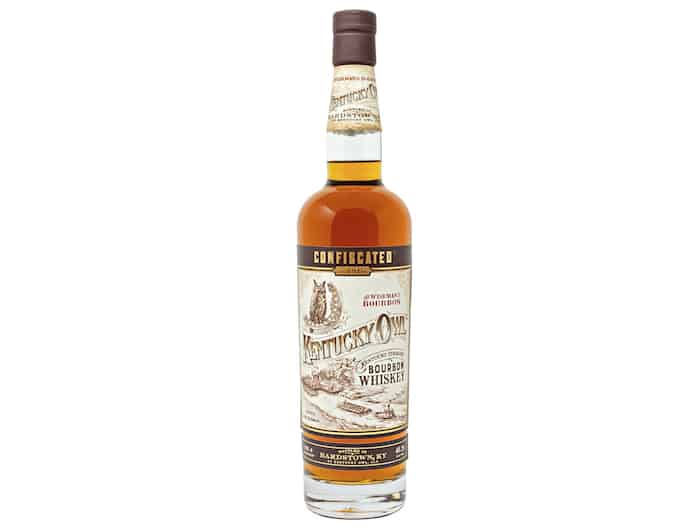 “An important part of Kentucky Owl’s history is the seizure of all that inventory, which ultimately ended my family’s run in the bourbon business for the time being,” said Dixon in a prepared statement. “Confiscated is a reminder of the opportunities lost and a celebration of C.M. Dedman’s legacy. I don’t believe in making whiskies to hide flavor and character, and this one will stand up neat, on the rocks, or in a cocktail.”

Confiscated is bottled at 96.4 proof (48.2% ABV), and is being made available starting this month across the country for around $125 per 750 ml bottle. Official tasting notes for it indicate that it “delivers notes of floral gardenia and honeysuckle, along with grape, red apple, orange cuties, wet banana bread and toasty sourdough bread crust on the nose. The taste is reminiscent of graham crackers, toffee, muted sweet cinnamon spice, and fresh-squeezed orange juice balanced with white grapes and finishing with a hint of cayenne.”