The under construction James E. Pepper Distillery in Lexington, Kentucky, is making progress both in its build out and in hiring staff to fill in key positions. One of the most important of these, the master distiller, has been found, as the distillery heads towards having production commence by this coming October.

Amir Peay, who we spoke with last year about his plans for the James E. Pepper brand, said he has hired Aaron Schorsch to fill the role of master distiller. Schorsch spent a decade as a distillery production operator at MGP prior to coming on board. Before that, he also had stints at the Samuel Adams brewery and the Jim Beam distillery. 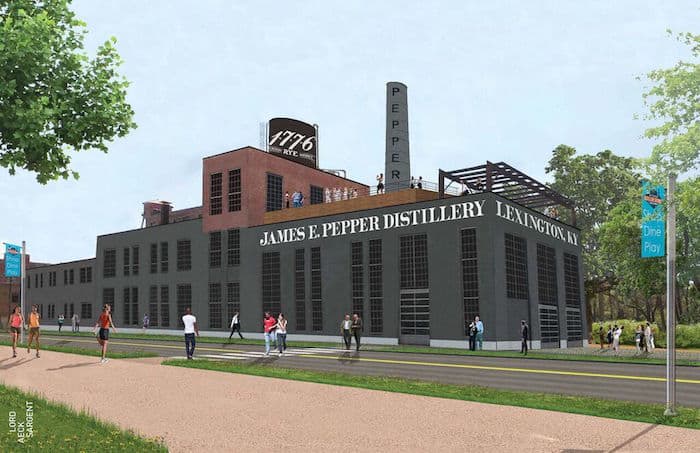 “We are thrilled to have Aaron come aboard and to be able to utilize his wealth of knowledge and experience in this exciting journey,” said Peay in a prepared statement. “I look forward to working together and we are already well on the way to making great whiskey in this iconic building once more. In the short time he has been with us he has already brought tremendous value in the design and execution of the final stages of the project.”

Plans for the ongoing renovation and rebuilding of the historic distillery, originally built in 1879. The distillery will feature a 12-inch solid copper column still from Vendome Copper in Louisville, which is being designed in reference to the historic mechanical drawings from the old distillery and the old still made by Vendome in 1934.

The distillery, noted Peay, will have an initial annual production of over 42,000 proof gallons, with the ability for greater capacity in the future. It will also utilize the old limestone well at the distillery 200 feet below ground. Once completed it will feature a museum on the founder, the Colonel James E. Pepper.