MGP is well known to many whiskey drinkers by now as the operation providing brown spirits to a range of parties, some distilleries and some not, who are looking to quickly get a bottling on liquor store shelves. Whether you care for them or not given the controversy around bottle labeling practices, it is interesting to note a tiny portion of their whiskey trickles to market on rare occasion that’s more directly labeled as being from them, though up to this point it has mostly been for support of a nearby whiskey festival in Indiana. 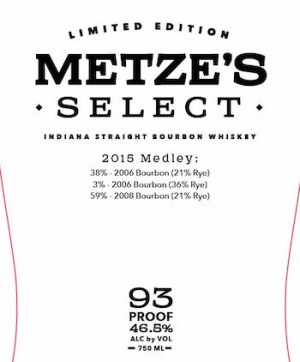 I provide this as background because I’ve just seen an interesting label approved by the TTB called “Metze’s Select” which is described as an Indiana straight bourbon. The name Metze happens to be the last name of MGP master distiller Greg Metze, who was the driving force behind last year’s Metze’s Medley, the previously mentioned whiskey developed for the inaugural Whiskey City Festival in Lawrenceburg. You can learn a little more about this man via the video at the end of this story, but let’s take a few moments first to examine this new offering.

Metze’s Select is described as a 93 proof bourbon that has a rather interesting mash bill:

The whiskey is noted as being a limited edition, much like Medley was last year. On the back label there’s no question it is distilled by MGP: 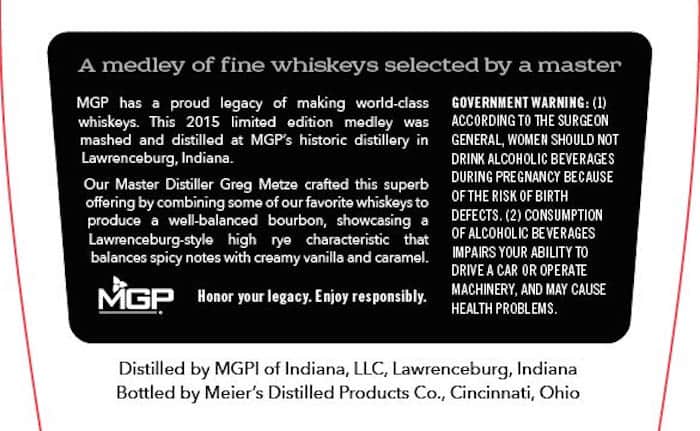 What I find most fascinating of all of this is how it is being spun as a unique expression, with the labeling indicating “our Master Distiller Greg Metze crafted this superb offering by combining some of our favorite whiskeys to produce a well-balanced bourbon, showcasing a Lawrenceburg-style high rye characteristic that balances spicy notes with creamy vanilla and caramel.”

There’s also reference to a website about Metze, the distillery and this creation, but as of the time of this post it wasn’t active yet. Given this is a TTB label approval only at this stage there’s a chance we may never actually see this bourbon at retail, but my guess is it will be released at the Festival again this year. We will have to wait and see, but if it actually were to hit the regular retail market as well, would you buy it to try it out?