Old Forester’s newest expression, the 117 Series, has been released into the wild.

They’re calling this release the High Angels’ Share, as a selection of the Old Forester barrels lost an exceptional volume of whiskey to evaporation in the aging process. But with that evaporation, Old Forester distillers found it left behind a bourbon rich and layered with dark flavor notes, dried fruits, and an herbaceous quality.

And speaking of Old Forester personnel, the 117 series has another historic quality to it, as the bourbon series is directed by the palate of Old Forester Master Taster Jackie Zykan, and its label will bear her name, making this the first bottle in the brand’s more than 150 year history to feature a woman’s signature. 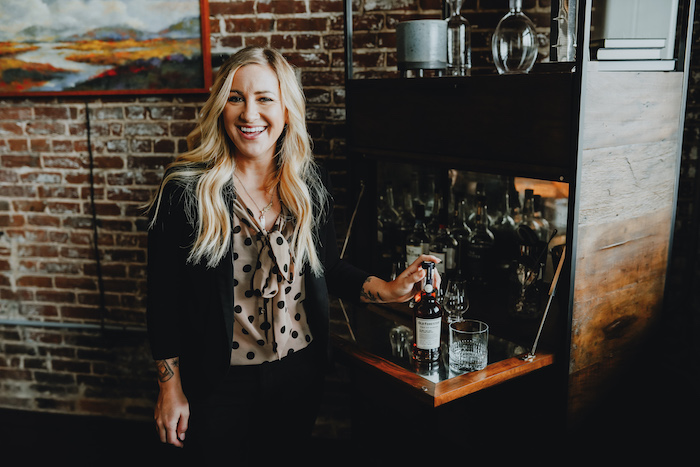 This bourbon release distills down to the qualities presented in low-yield barrels, opening up the ageing process more than usual. The High Angels’ Share release comes in at 110 proof.

“Creating The 117 Series has been a labor of love and seeing my signature on the label is one of the highlights of my career,” said Zykan in an interview with The Whiskey Wash. “It’s an opportunity to pull the curtain back and share the isolates of the blending process to help deepen the understanding of how variants in maturation affect flavor profile.”

Zykan joined Old Forester about six years ago, as the ribbon cutting ceremony for the new distillery took place just a few days after that. “Seeing the Brown family come together and witnessing firsthand how special this brand was to not just them, but the company at large, as well as Louisville, I made a promise to myself to steward it to my best ability and uphold the promise George Garvin Brown (Old Forester founder) made long ago. Time and time again, I showed my commitment to the founding principles of quality and consistency, and when the time came to discuss this new series, Campbell Brown entrusted me to carry on the Old Forester legacy in a modern space.”

She said The 117 Series was created with bourbon fans in mind. But secondary to that, it was a way to experiment with flavors. And Zykan said that subsequent releases in The 117 Series will explore selections from specific warehouses, barrel manipulations, and deconstructed blends.

“Owning our single program for nearly five years has given me a unique opportunity to get to know our barrels’ flavors firsthand,” she explained. “It was through tasting single barrel lots that I came to fall in love with the hyper-concentrated and dimensional profiles of these low-yielding barrels. I began saving these barrels off to the side and have been wanting to offer them as a blend for a while now. Thankfully, this series gives an outlet for ideas such as that to manifest.”

Asked if she had to boil down a taster’s note of this initial release, what one word would that be?

“In body and spirit, The 117 is a unique series just as any Old Forester expression like the Birthday Bourbon, 1910, Statesman and more are,” Zykan said. “Every expression has its own personality and flavor that can’t be replicated. The 117 Series is a creative and playful take on whiskey and something that’s outside the box for Old Forester and different in taste than any of our other releases.”

The 117 Series name pays homage to the location of Old Forester’s home place along Whiskey Row on Main Street in Louisville. Old Forester also called this location home from 1882 to 1919 as an office for founder George Garvin Brown. It returned in 2018 with a fully-functioning distillery and tour experience.