Historic Missouri Whiskey Distillery Set To Bring Back Its Bourbon

American whiskey making is certainly not confined to just the likes of Kentucky and Tennessee when it comes to historic distilleries in state. Prohibition notwithstanding, the distillation and aging of this brown spirit has gone on in a number of states, including at one time in Missouri. It is there a distillery that was founded in 1856 is said to be coming to life again with its signature bourbon.

The Holliday Distillery, as it is known today, is located in Weston, Missouri on land first charted by Lewis and Clark in 1804. When Kentucky-born brothers Ben and David Holladay acquired the property in the mid 1800s, they reportedly knew the limestone springs running through the land were perfect for one thing: bourbon. Ben Holladay went on to be known as the “Stagecoach King” for his involvement in both the Wells Fargo Express and the Pony Express and for using those stage lines to get his bourbon to the points west. 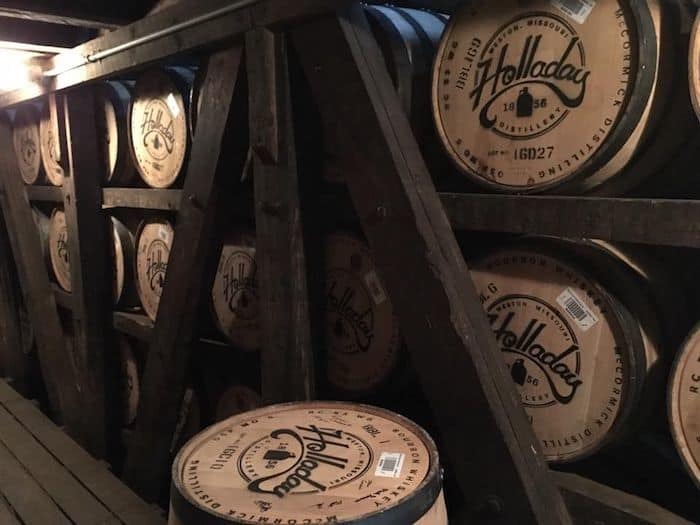 The distillery subsequently changed ownership and names numerous times before ultimately becoming known as McCormick Distilling Company in 1942. It was acquired in 1993 by a group of investors, growing in size and expanding to include a range of sourced spirits in its portfolio. Bourbon making apparently was always in the back of the mind of those who own it now though, which is showcased in current times through a recent $10 million renovation of its original still house and the fact whiskey distillation recently began for the first time in over 30 years.

“Making good bourbon takes more than a good story,” said Mick Harris, president of Holladay Distillery, in a prepared statement. “There is no instant gratification if you’re doing it right.  Producing a true craft bourbon whiskey is much more than putting the word ‘craft’ on a mass-produced spirit, and I think consumers are starting to realize that.”

Led by distiller Kyle Merklein, the team at Holliday has put into barrel whiskey made from an old recipe that will likely be ready in four years, appearing first as a wheated bourbon. Over varieties will follow.