A three alarm fire broke out on Louisville, Kentucky’s historic Whiskey Row yesterday, requiring some 90 firefighters, 7 trucks and 13 engines to contain. The fire, in the 100 block of West Main Street, caused no injuries, but is said to have largely gutted three properties in this stretch and also potentially impacted the timeline for the development of Brown-Forman’s planned Old Forester distillery.

As we had reported back in late May Brown-Forman, parent company of bourbon brands Old Forster and Woodford Reserve, was getting ready to sink $45 million into two historic buildings on Louisville Whiskey Row which would turn them into a working distillery and visitor experience under the Old Forester label. Brown-Forman previously had been located on the Row, and only recently had taken possession of what was to be a new crown jewel in its line up. 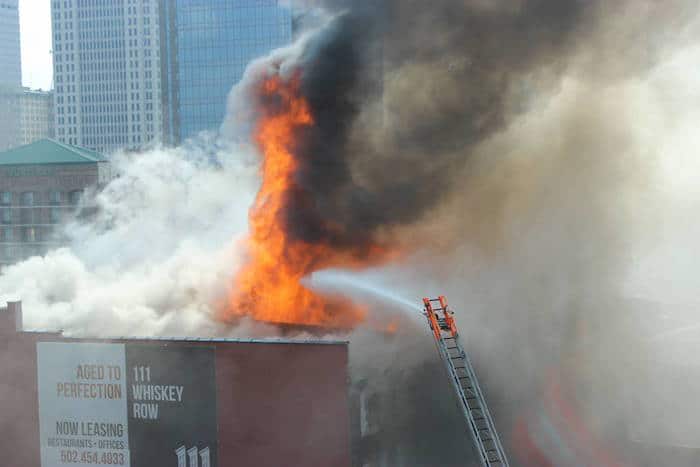 The fire, which took nearly three hours to get under control, is said at this point to have done little damage to the Old Forester associated buildings. Brown-Forman issued the following statement today around this:

As far as we know, our Old Forester Distillery buildings suffered little damage in the fire that struck Louisville’s Whiskey Row Monday afternoon. However, we will need to get structural engineers to inspect them before we can be assured of their exact condition. At this point, however, our plans remain unchanged and we will continue with preliminary work and hold a ground-breaking ceremony later this summer and begin construction on the project. The timing of that event could change based on the condition of both our buildings and the three other buildings involved in the fire, but as of now we do not know of any reasons to change our plans to develop the Old Forester Distillery on Whiskey Row.

All of us at Old Forester commend the excellent work of the Louisville Fire Department for keeping the fire from spreading to our Old Forester Distillery buildings and preventing the blaze from damaging other occupied buildings nearby.

The buildings which were more severely impacted, said the Louisville Fire Department, were “vacant and under renovation.” What likely saved the adjacent Old Forester project, according to a report from The Courier-Journal, was a “recently installed firewall.” That being said, structural engineers will still need to get into all buildings in the fire zone to confirm they are sound before any type of rebuilding or build outs can continue. 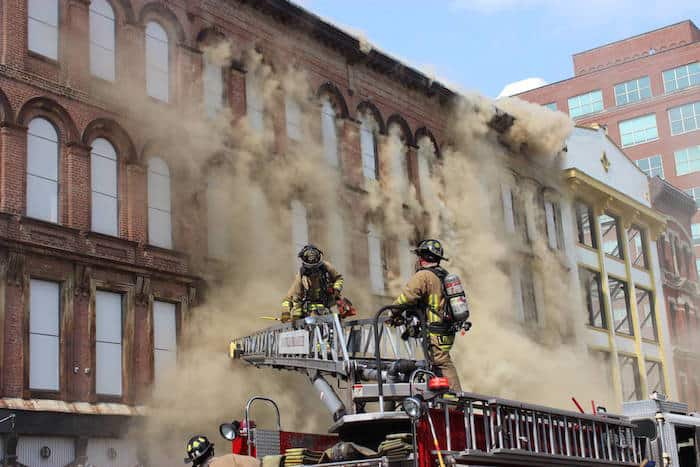 As a matter of historic note, Whiskey Row is said by historians to have been through its share of rough times, so that it can likely bounce back from this fire is a testament to the resiliency and legacy of that area in Kentucky.