Hirsch Selected Whiskeys recently announced the debut of its Single Barrel Kentucky Straight Whiskey Release that was aged for at least six years.

This marks the first-ever Single Barrel to hit the market from the brand. This latest expression has a limited batch of just 57 barrels.

It is aged for a minimum of six years in Bardstown, Kentucky, in a new American Oak Barrels, Hirsch The Single Barrel Kentucky Straight Bourbon Whiskey is non chill filtered and comprised of a mashbill of 72% corn, 13% rye and 15% malted barley. 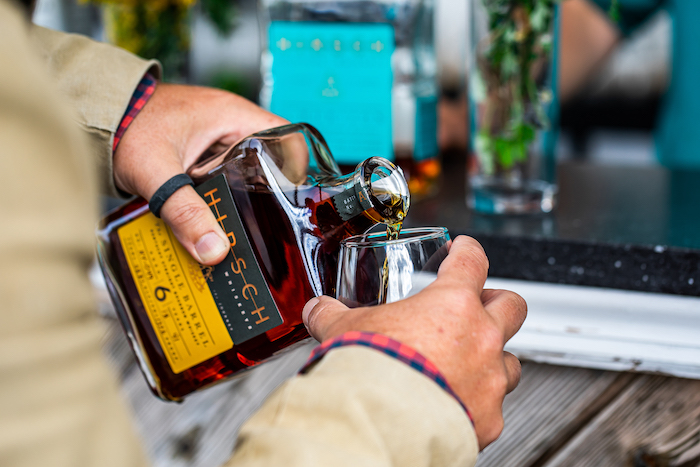 On the nose, according to official tasting notes, it offers bold, dark cherry, roasted caramel and cinnamon fragrances. On the palate, it has a marriage of herbs and soft peppery flavors. The finish is long and dry with a sweet chocolate taste lingering afterward.

“The Hirsch brand aims to celebrate those who dare to take a new path and discover new passions, just as A.H. Hirsch did when he left his banking career to pursue whiskey and philanthropist. The Single Barrel release is reminiscent of the 400 barrels A.H Hirsch commissioned, yet even more limited and coveted than before with just 57 barrels,” said American whiskey lead at Hotaling & Co, Luis Rivas Ball, in a prepared statement. “At Hirsch, we are committed to sourcing quality whiskey that surprises and delights consumers, offering outstanding liquid that you can’t find anywhere else. Each release is an adventure and this first Single Barrel is perfect representation of where the brand plans to go in the future.”

The Hirsch Single Barrel Kentucky Straight Bourbon Whiskey has a barrel entry ABV of 62.5% with a suggested retail price of $89.99. It is available now in select stores nationwide.

Hotaling & Co., the company behind Hirsch, is a California-based importer and distiller.  It was originally named Anchor Distilling Company, was established in 1993 and is credited with releasing what’s said to be America’s first craft whiskey (Old Potrero) and American craft gin (Junipero Gin) after Prohibition.