The saga of the role of master distiller at Heaven Hill in recent years has been somewhat of a tough one there. The passing of Parker Beam in early 2017. The arrival, and later departure, of Denny Potter. Now, in what hopefully will be a new chapter in this, distilling industry veteran Conor O’Driscoll has been handed the whiskey making reins.

O’Driscoll comes on board as the fifth master distiller in Heaven Hill’s 84 year history. He at first glance looks like a very solid choice to fill some very legendary shoes, bringing with him a wealth of experience that began in 2004 when he “started his journey in whiskey as Operations Manager for the Brown-Forman Distillery in Shively. After five years, Conor moved to oversee operations at the Woodford Reserve Distillery. Shortly thereafter, he added warehousing and processing responsibilities beginning a robust warehouse expansion program. In 2017, O’Driscoll left Woodford Reserve to lead the operations efforts at Angel’s Envy Distillery in Louisville.” 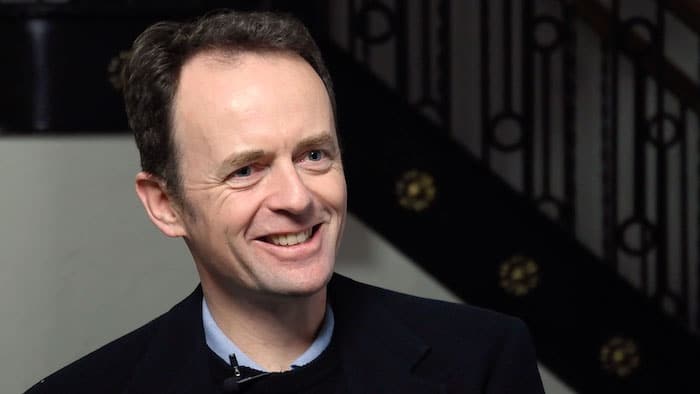 “Conor is among the finest young distillers in our business and we could not be more thrilled to have him at the forefront of distilling for our historic portfolio,” said Max L. Shapira, President, Heaven Hill Brands, in a prepared statement. “In his 15 years in the industry, he’s played a key role in growing production and innovation, with an expectation of quality and a respect for craftsmanship. In that regard, he is a perfect fit for us.”

“I’m very proud to be a part of Heaven Hill’s storied whiskey legacy,” added O’Driscoll. “The trust of the Shapira family is humbling. And I am excited and honored to carry on the traditions of the Master Distillers that helped establish Heaven Hill’s place in the industry. I am especially honored to carry on the legacy of Parker Beam, whose expectations for quality and consistency live on today.”

O’Driscoll will immediately begin leading the distilling and warehousing teams at the Bernheim Distillery in Louisville. Recent renovations at that facility, including a new still, earned it the designation of the largest single-site bourbon distillery in the United States.