The Heaven Hill Distillery in Kentucky has a long history in its home state, one of which at one time was impacted by tragedy. A legendary fire over 20 years ago consumed a part of the whiskey maker’s operations, destroying in the process some 90,000 barrels of aging whiskey. Some of what was produced there inevitably survived, however, and now a portion of it has emerged as the new Heaven Hill 27 Year Old Bourbon. 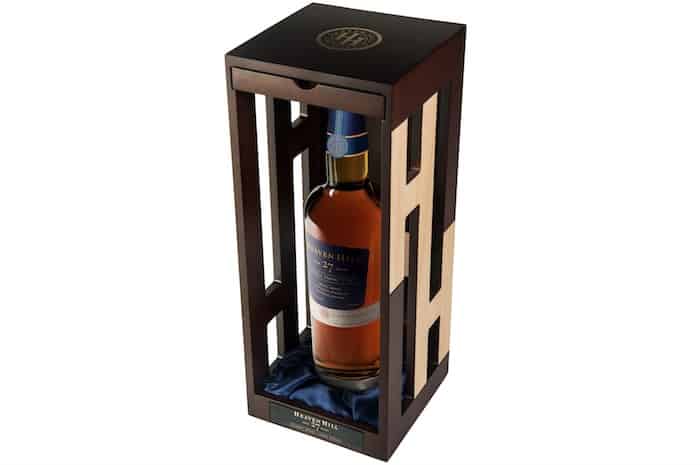 The Heaven Hill 27-Year-Old Barrel Proof Small Batch Kentucky Straight Bourbon Whiskey, according to those behind it, heralds from just 41 barrels produced in 1989 and 1990 that “passed taste testing for inclusion in this limited release that represents Heaven Hill’s heritage of distilling” and is being showcased as “a rare bottling produced at Old Heaven Hill Springs Distillery before it was destroyed by fire in 1996.”

More specifics on this release from the distillery are as follows:

Heaven Hill Barrel Proof Small Batch Bourbon, selected from limited remaining stocks of pre-fire barrels, has been closely monitored and allowed to age for an astounding 27 years. All but five of the barrels in this small batch were aged on the first and second floors, where increased humidity and evaporation caused the proof to drop. When all 41 barrels were mingled for bottling, the natural barrel proof was an unusually low 94.7 proof (47.35% abv).

The resulting taste profile begins with an aroma of dried fruits and baking spices, with pipe tobacco notes developing after some time in the glass. A gentle entry is followed by an explosion of vanilla and floral flavor with traces of pepper and clove. After a slow and warming build up, the finish is incredibly long, yet very soft.

“As stewards of the Bourbon movement we take pride in the perseverance that is a hallmark of Heaven Hill’s 83-year history,” said Heaven Hill President Max L. Shapira in a prepared statement. “We remain committed to an enduring legacy of quality and patience, just as we have since 1935.”

Plans call for bottles of this bourbon to be released in a custom wooden box bearing two H’s on each side signifying the Heaven Hill name. The bottle is secured in the box with magnetic closure and sits in a blue satin-lined base. The distiller’s notes label features hand-written bottle numbers, distiller tasting notes, and DSP-KY-31, denoting the Old Heaven Hill Springs Distillery.

It will hit retail this fall via less than 3,000 bottles, each priced around $400, and follows on the heels of an 11 year old Old Fitzgerald bottling that’s bottled in bond and presented in a special decanter. That release from earlier this year has proven to be extremely popular at retail and is now quite hard to find.