Getting to Know Andrea Wilson, Michter’s Master of Maturation

Sometimes the world of bourbon can feel a little like the British royals. There are lots of people with the same last name, recurring themes of succession and abdication, and tangled dynastic webs popping up where you least expect them. Plus, of course, all of those fancy hats and pastel-hued suits.

Andrea Wilson, master of maturation at Michter’s, has a different story—one with fewer thrones and more lawn chairs. It’s the kind of story where things didn’t always go exactly as planned, which means it’s more resonant for anybody who’s ever yearned to pursue a passion but had to fight for the opportunity.

Born and raised in Kentucky, Andrea is soft-spoken and straightforward, with an easy laugh and measured, patient tone that could just as easily belong to a high school science teacher as one of the architects of some of the nation’s best whiskey. Early on in her life, she knew she wanted to make spirits. “I was just one of those unique children,” laughs Andrea. “I’ve always had this desire to make things.” 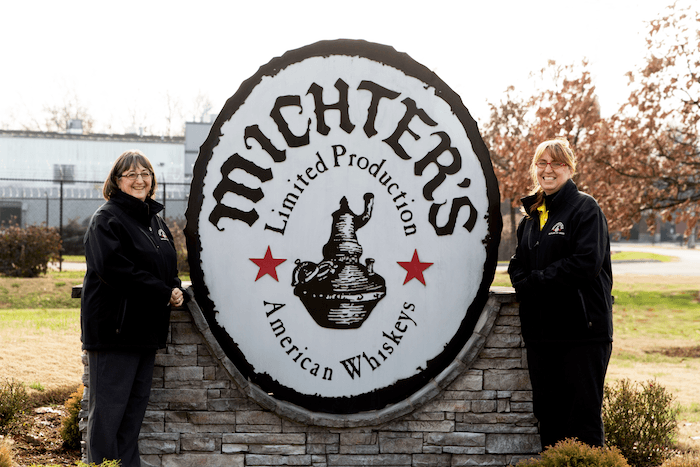 Her first inspiration came from her grandfather, a Prohibition-era moonshiner who got a “real job” when his wife-to-be gave him the ultimatum: moonshining or me. Growing up, Andrea says she loved to listen to her grandfather sit in his ancient lawn chair and tell tales about the old distilling days, and she dreamed about joining the fold herself. But the path to translating those early dreams into a career wasn’t clear.

“Most people in this industry came to it through familial relations,” says Andrea, “Or they just started one day and worked their way up. I didn’t have a way to get into the industry.” So she decided to get a master’s degree in chemical engineering, a good bridge for anybody interested in making distilled spirits.

Trouble was, when she graduated, there were precious few jobs in the spirits industry to be had. “In the ‘90s, the industry was sort of dead,” says Andrea. “I mean, everybody was producing, but it wasn’t really growing like it’s growing now. And it’s a career industry; people come in and they stay in their jobs for 30 or 40 years.”

Undaunted, she started consulting, a decision she later describes as “one of the great moves in my life.” That work gave her a deeper understanding of the manufacturing environment, the supply chain, and how to work with big teams, all skills she says she still uses today. Then one day her phone rang. It was Diageo, hoping to hire her as a consultant to work on a specific project. One project led to another, which eventually led to a full-time job at Diageo.

During her nearly decade-long tenure there, she worked on the Stitzel-Weller revitalization and oversaw distillation and maturation for Diageo North America, including the Crown Royal Distillery in Gimli, Manitoba, and the George Dickel Distillery (now Cascade Hollow) in Tennessee.

“I had a great career with Diageo. I really loved it there. But, as sometimes happens in big corporations, things came to an end,” says Andrea, diplomatically. “It was a great opportunity for me to decide what was next.”

Michter’s President Joe Magliocco, hard at work rebuilding the brand, heard Andrea was a free agent and gave her an opportunity to come aboard. She officially joined the company in 2014, landing on her feet once again. She is now Michter’s master of maturation, a new role focused on the complex chemical and physical changes that take place during the aging process.

It’s quite a place to be in charge of maturation. Michter’s is famous for its unwavering focus on quality, regardless of cost. Andrea tells a story about the first time master distiller Pam Heilmann fired up the new, all-copper stills in 2015. Struggling to get the yield she felt the distillery needed to be maximally effective, Pam called Joe to discuss. “What?” asked Joe. “I don’t care about any of that. What’s it taste like? How does it taste? Is it good?”

“That is it, in a nutshell,” says Andrea. “Quality really does transcend everything we do.”

In pursuit of that quality, the distillery has committed itself to several unique strategies, all of which contribute to its “smooth, rich, flavorful, and easy-drinking” house style.

Once the casks are coopered, they’re deeply toasted before charring, another unusual move. Pointing to the side of an individual stave, Andrea shows us how the toasting allows the whiskey to penetrate deeper into the wood, initiating chemical reactions that enhance caramel and vanilla flavors in the final whiskey.

“The lignin layer of the wood is what imparts vanillin,” she explains, “but that layer is only broken down over time or temperature, so we’re getting more of that vanilla character in our products through the toasting process.” To take advantage of all that extra flavor, Michter’s warehouses are heat cycled to encourage the whiskey to move in and out of the capillaries in the wood. 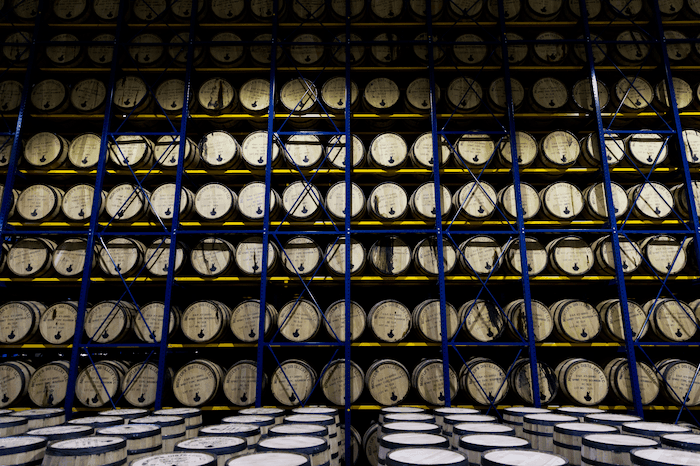 Toasted oak has become something of a Michter’s signature, especially after the release of the smash hit Toasted Barrel Strength Rye in late 2017, which saw a finishing period in toasted, uncharred casks. The topic still leaves Andrea chuffed. “The success of the toasted barrel rye this past fall was an amazing thing,” she says. “You look and you think ‘We did that! This team did that!’ It was so exciting, and we were all so happy.”

Tradition will always be an important part of the bourbon industry, but Michter’s willingness to try new things seems to be paying off. Drinks International recognized Michter’s as the #2 Top-Trending American Whiskey brand globally. Distillation at the Shively site began in August of 2015, they have already expanded once and the brand is already planning for another future expansion.

“We have one more capacity expansion we can do here,” says Andrea, “and then we’re sort of landlocked. If the brand grows beyond those expectations, we’ll need a place to continue to expand.”

To that end, Michter’s recently purchased 145 acres in Springfield, Kentucky, where an estate grain-growing program has been implemented with immediate plans to build new warehouses and the future possibility of a new distillery. In downtown Louisville, a consumer-facing small-scale distillery and tasting room is well underway, with plans to open the doors later this year.

How does a company with just 33 employees do it all? “We amaze ourselves all the time,” says Andrea with a smile. “We’re our own little small-batch team. We export to more countries than we have people working here.”

Hard work, sure, but for Andrea, it’s worth it. “It’s been a really, really enriching experience for me to be part of building something for the future and leaving a legacy,” she says. “When you go out to the market and talk to consumers and they say they love Michter’s, it’s just so fulfilling. I have never in my career felt so connected to something.”

Plus, of course, there are fringe benefits. As we wound up our visit, Andrea let drop that Pam sometimes uses Michter’s Rye to macerate peaches for what Andrea says is a truly show-stopping pie. Now that’s innovation.