Garrison Brothers out of Texas is a bourbon distillery known for its American whiskeys that are made from a sweet mash bill and barrel aged in the intense Texas climate. Now, in a slight deviation from this, the distillery team here is set to release their first ever high rye bourbon.

The new Garrison Brothers Hye Rye bourbon, according to those behind it, is an experimental expression whose production, it is said “dates back to 2012 when Master Distiller, Donnis Todd, sourced several hundred bags of organic rye from Justin Crownover’s Lonestar Family Farms in Sunray, Texas. His goal was to create a sweet mash bill of 52% south Texas corn and 37% organic rye and 11% barley. Todd aged the test barrels for two years, tasting them at six month intervals to assess flavor development. 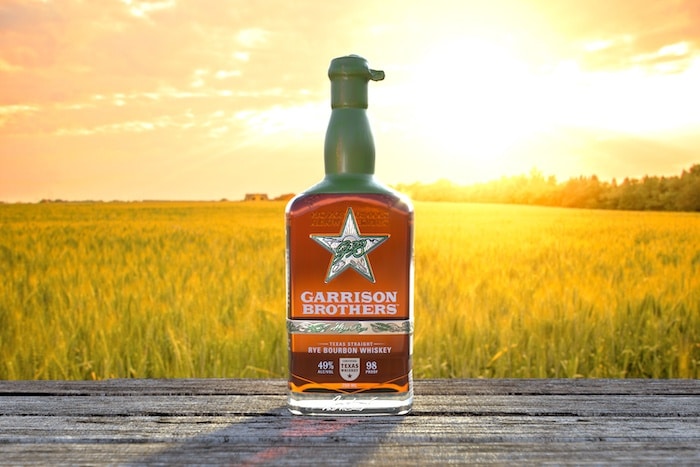 “Although he was initially pleased with the progress of Hye Rye’s aging, Todd wanted a more robust flavor profile, so he decided to mature the bourbon for five additional years. In the summer of 2015, Todd and his production team strategically placed 14 barrels in rickhouses throughout the ranch to allow the flavors to evolve.”

“It’s an honor to create Garrison Brother’s first-ever Hye Rye bourbon whiskey,” said Todd in a prepared statement. “Although the quantity is limited, we are excited to hear what friends and family think of this experimental release.”

Hye Rye clocks in at 98-proof, or 49% alc/vol, and is set to price at around $100 per 750 ml bottle. Plans call for this to be a limited edition release of only 1,200 bottles at this point, being made available at the distillery on December 5th. This date happens to be the 87th anniversary of the repeal of Prohibition in America (and also distillery founder Dan Garrison’s birthday). Not much has been made of official tasting notes, expect that it “yields spicy and savory notes that are unique amongst Garrison Brother’s portfolio of ultra-premium, Texas-born bourbon whiskies.”