The Garrison Brothers Distillery, located in the tiny town of Hye, Texas, is known for being one of the pioneers of the craft whiskey movement in this state. It was founded in 2006, introducing what’s said to be the first bourbon whiskey legally made in Texas in 2010. It is now releasing a new batch of its oldest whiskey to date.

The new Laguna Madre bourbon, according to those behind it, is described as “first aged for four years in new white American oak barrels and finished for an additional four years in Limousin oak barrels. The imported French Limousin casks are highly sought-after, allocated and prized as they activate unforgettable flavors of woody vanilla, sweet candy cacao and thick, white chocolate.

“The creamy finish of this bourbon is both sensuous and aromatic, with a vanilla content that is off the charts and the liquid clocks in at 101 proof. ” 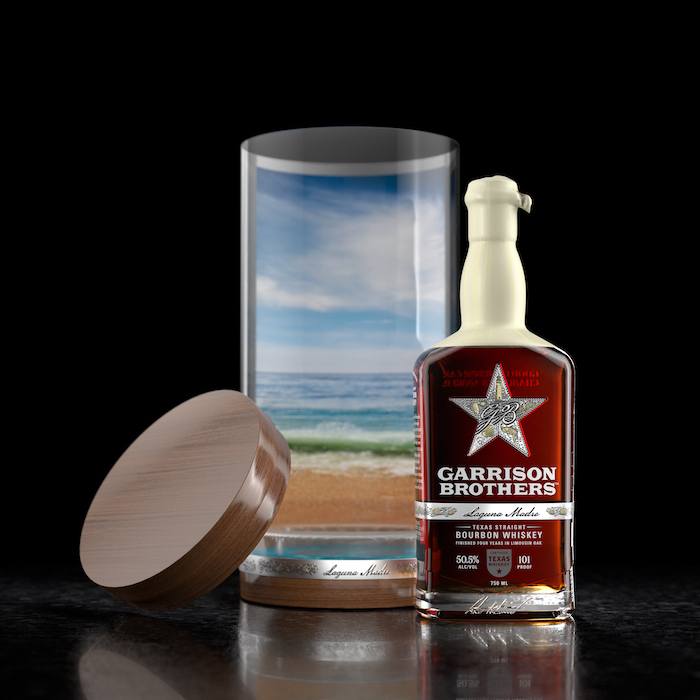 “Garrison Brothers’ Laguna Madre Bourbon is a rarity as is its namesake…a uniqueness of complexity and beauty,” said Master Distiller Donnis Todd, Garrison Brothers, in a prepared statement.

Last year the first release of Laguna Madre was planned for a general market push but, as the brand put it, “when the coronavirus pandemic hit, it changed everything. Dan Garrison and team knew this extra special bottle needed to be put to better use and dedicated the release to support an extraordinary cause. Laguna Madre was used to launch Operation Crush COVID-19 driving donations to Good Bourbon for a Good Cause the distillery’s 501(c)3 public charity.

“The 2020 Laguna Madre was only available at the distillery and earned by those who donated $1,000 or more. The organization was able to raise more than $400,000 to help American communities recover and rebuild from the ongoing coronavirus pandemic. ”

Plans call for the 2021 offering of this bourbon to be available at the distillery first starting the morning of May 8th. From there it will be available at very few select retailers and bars and restaurants across the nation beginning in May 2021. Pricing is set at $299 for each of the roughly 2,000 bottles, and the whiskey is housed in a custom-built display case, framed by a photo of the Texas Gulf Coast.