Garrison Brothers out of Texas just launched a new whiskey to its portfolio, named Guadalupe … a tribute to one of the Lone Star State’s most famous rivers.

This new Texas straight bourbon is bottled at 107 proof and is finished in a port cask. The Guadalupe bourbon will be available year round.

A statement from the distillery said the Guadalupe’s release was more than six years in the making. 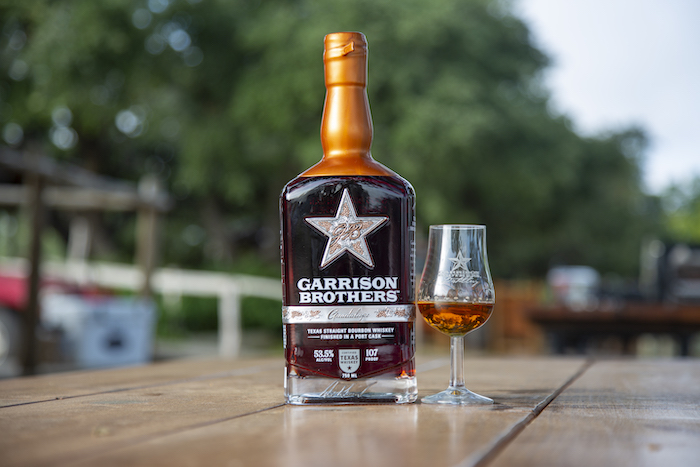 At this same time, Todd then began searching for a more expansive port cask bourbon project. He started to connect and work directly with winemakers in Portugal to secure port casks directly from the source.

There are more than 80 grape varieties grown in Portugal’s Douro Valley, many exclusive to the country. Todd said that’s what makes it so unique, as only Portugal-made Port can carry the identifying term “Porto” on the label. And Garrison Brothers prizes Port casks as they impart the sweet wine with what’s described as flavors of raspberry, blackberry, caramel, cinnamon, and chocolate sauce.

Older, fine Tawny Ports have an even wider array of subtle flavors including graphite, green peppercorn, hazelnut, almond, butterscotch, and graham cracker. These flavor characteristics had great appeal for the bourbon maker.

“Over the past decade, we’ve built lasting friendships with great people across the world as we searched for the perfect port barrel,” Todd said in a prepared statement. “These connections are just as special to me as the bourbon we have produced.”

He found that for Garrison Brothers, the magic maturation combination was four years in white American oak casks and then two additional years in the tawny port casks.

Todd selected nearly a hundred 30 gallon bourbon barrels that had been originally filled in 2015.

Garrison Brothers Guadalupe will be available nationwide starting this month.