Early on in my whiskey buying obsession I came across Specs, a liquor store chain out of Texas which let me get access through online purchasing to whiskey made from distilleries in that state. I happened to be on the site at the time they were selling the now legendary Cowboy Bourbon from Garrison Brothers, and now a bottle of it sits proudly in my collection.

I mention all of this as background to alert you to the fact the distillery has just announced plans for a new, larger expanded release of a longer aged version of this popular bourbon, the original of which was named at the time in Jim Murray’s Whiskey Bible as the Micro Whiskey of the Year, scoring a remarkable 96 points. 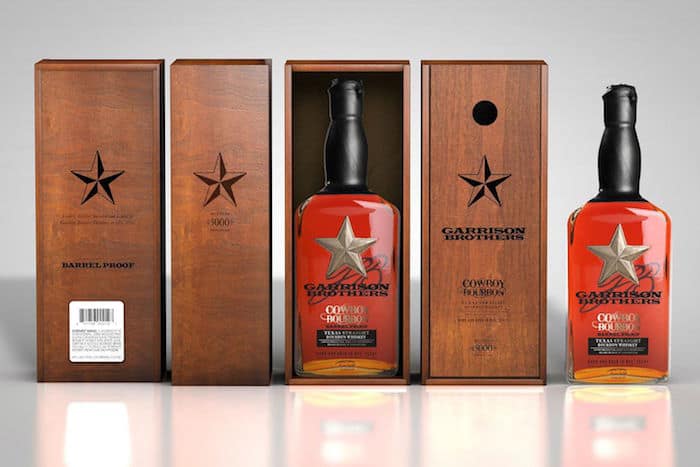 Whereas the original 2013 release of Garrison Brothers Cowboy Bourbon was very small in scope (just 600 375 ml bottles), the 2015 re-release will be available nationwide to the tune of 5,200 750 ml bottles. The whiskey will also have been longer in barrel, hitting four years of time stored away in “North American” White Oak barrels, according to Garrison Brothers, reportedly making it the oldest bourbon ever produced in Texas.

Cowboy Bourbon is described as being made from “organic Panhandle corn, soft red winter wheat grown at the distillery, two-row malted barley and ultra-pure Hill Country rainwater.” It clocks in at a rather healthy 135 proof and is uncut, noted as not being made for the faint of heart, cocktails or for heavy drinking. It is, in the words of those who made it, meant instead

to be sipped and savored slowly in moderation.

The bourbon will come packaged in a custom white American oak box, lined with deerskin. Each bottle is hand-numbered and signed by master distiller Donnis Todd, with Dan Garrison’s signature on the back of the box.

As for release plans, Texans will get first crack at it by the end of the summer, followed by liquor stores in other states. As for price, I would guess it will drop between about $160 to $170, which is in line with what Garrison said it expected retailers would originally price the 2013 bottling at.

“The color alone makes this bourbon remarkable, but the taste and finish is the stuff of legends,” said distillery owner Garrison in a statement.