Garrison Brothers is a pioneer craft whiskey distillery out of Texas. It introduced, back in 2010, the first bourbon whiskey legally made in its home state in modern times. Of its more limited edition offerings, the yearly Cowboy Bourbon expression is especially highly coveted, being drawn from a selection of some of the best barrels its aging warehouses have to offer in an uncut, unfiltered and very high proof expression.

The Garrison Brothers Cowboy Bourbon (2020), according to those behind it, comes from the previously mentioned handpicked barrels that were then set aside for several more years for further maturation. As explained by the brand, master distiller Donnis Todd created this version “by fusing 100 of his favorite top-shelf barrels, which he calls his ‘piggy banks.’ 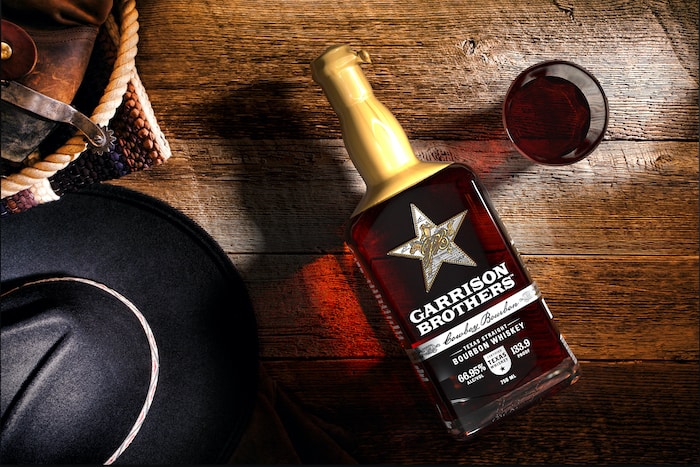 “I taste every single barrel, and sometimes, I come across one that’s almost completely empty,” said Todd in a prepared statement. “The liquid just evaporates in the Texas heat—’angel’s share.’ But the small amount of bourbon that remains inside those barrels is pure gold.

“That’s why I call them my piggy banks—the precious liquid they contain is what becomes Cowboy year after year.”

For 2020 the distillery is releasing 6,768 bottles, each clocking in at an aggressive 133.9 proof (66.95% ABV).  Pricing is set at almost $200 per 750 ml bottle, and each one comes packaged “in a custom-built American white oak gift box lined with a satin pillow and weighty medallion emblazoned with the release year around the bottle’s neck.”

With this release, as has happened in recent years past, a number of bottles will be made available for purchase directly at the rural distillery. It is an undertaking that creates a long line of cars and of which people show up really early to get bottles. This time around 1,000 bottles are being pushed out through a “drive-thru purchasing event on Saturday, September 26.” Gates are set to open at 8am local time.

“Cowboy Bourbon typically sells out within a few hours of its release,” added Dan Garrison, founder and proprietor of Garrison Brothers Distillery. “Last year we sold out in a record 58 minutes! Cars began lining up at 5 a.m. on release day even though the distillery gates didn’t open until noon. By 10 a.m., our little farm road was backed up to the highway and the Blanco County sheriff drove by and forced us to open the gates early.

“Our family and fans seem even more excited about this year’s release.”