Those of you who’ve been following us on social media today likely know we had the honor of attending not only a really amazing Kentucky Bourbon Affair event at the Four Roses bourbon operation (more on that later), but also ending up being on hand to witness the ceremonial ground breaking on a major expansion of this popular distillery. It follows on the heels of similar recent announcements around Old Forester in downtown Louisville and Bardstown Bourbon outside of Bardstown. 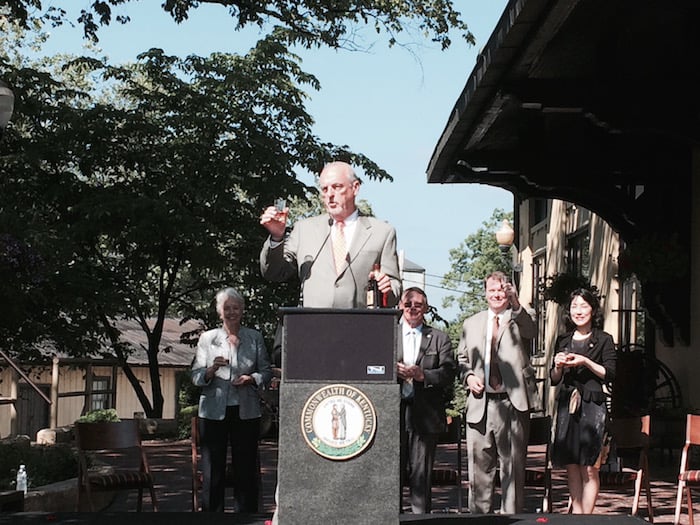 For those that don’t know, Four Roses recently got preliminary approval from the Kentucky Economic Development Finance Authority for tax incentives up to $350,000 at its new project in Lawrenceburg, where the distillery is located. This is a small investment on the part of the state, when you consider that plans call for a $34 million investment by the company to add two new buildings and new equipment at this location, essentially doubling its size as well as annual bourbon production.

To store all the extra bourbon which will be made, Four Roses also let it be known it is sinking $21 million into building four new barrel storage warehouses at its aging facilities in Cox’s Creek. This is on top of an additional $8 million being spent already on two new bottling lines, bottling support areas and office space in the same area.

All total, Four Roses is spending a hefty $63 million in a major bet not only on its own future but on the future of continued expansion of consumer interest of bourbon in general.

“Four Roses is back,” said master distiller Jim Rutledge as he spoke to the gathered crowd, “and I comfortable saying now we are here to stay. We’ll be around for years to come.”