The yearly debut of the Limited Edition Small Batch bourbon from Four Roses is always a highly anticipated release from this popular Kentucky bourbon distillery. Each offering tends to showcase a mix of the 10 distinct whiskey recipes Four Roses is known for. For this year’s offering, there are four being made use of, one of which is a 19 year old bourbon.

The new Four Roses’ 2020 Limited Edition Small Batch bourbon, according to those behind it, features four different hand-selected batches aged 12 to 19 years. These include a 12-year-old bourbon from the OBSV recipe, a 12- year-old OESV, a 16-year-old OESK, and a 19-year-old OBSK. 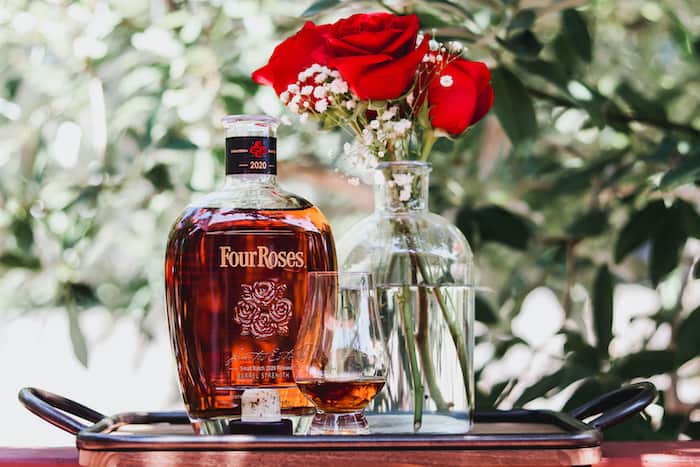 This limited bottling is the latest release, following the distillery’s own Brent Elliott being named Distiller/Blender of the Year at Whisky Magazine’s Icons of Whisky America awards this February.

“Each batch in this year’s limited edition bottling is an exceptional whiskey that could have stood on its own as a single barrel offering,” said Elliott in a prepared statement. “But in this case the sum is even greater than the parts – as together these bring a perfect balance of bright, vibrant flavors and aromas from the 12 and 16-year-old barrels combined with the oak tones and aged expressions from the 19- year-old batch.”

As it stands now plans call for this bourbon, non-chill filtered and bottled at 111.4 proof, to have a limited release in September of 14,040 hand-numbered bottles that each price around $150 per 750 ml bottle. Additionally, Four Roses will offer a limited quantity for sale at the Four Roses Distillery Visitor Center via a public lottery draw. Individuals may register for the lottery from August 25 to September 9 by visiting the Four Roses website. Those who are selected via random draw will schedule appointments to pick up their purchase on-site.