Labeled batches 15.1, 15.2, and 15.3 respectively, the Bluegrass Trilogy began as a blend of three different Kentucky straight bourbon whiskeys aged 6, 9 and 12 years that was then finished in dark rum casks from the Florida Keys.

Four Gate whiskey-makers took half the rum-finished blend and finished it in Tawny Port casks, with the other half going into Apera Sherry casks. 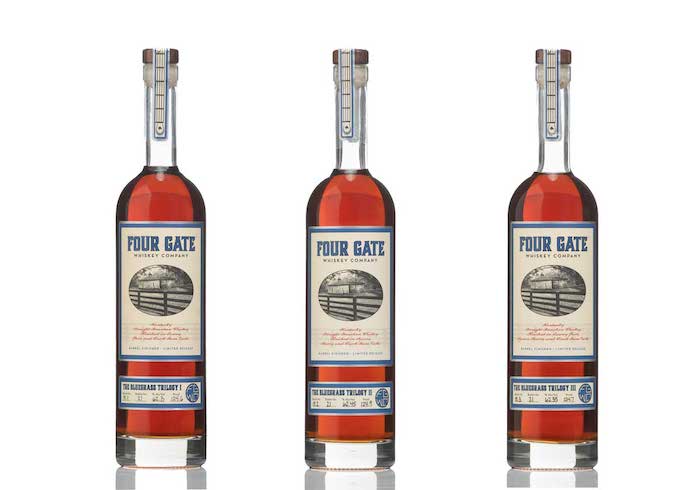 Once both of those were ready, a portion of each resulting whiskey was then blended together, creating a third expression … three distillates with three finishes. One release.

And to celebrate the release, Four Gate Whiskey produced a few, rare three-bottle sets to distributors for pre-sale to retailers prior to its release. The sets are packaged in a hand-crafted wood case made by Brad Raynor of Raynor Shine Designs in Everett, Washington. Each set contains all three expressions with matching bottle numbers. The suggested retail price for the three-bottle collectors’ set is $750.

For more information, check out https://fourgatewhiskey.com.