Independent American whiskey bottler Four Gate Whiskey recently released its third iteration of its award-winning “The Kelvin Collaboration” batch. This batch follows batches releases 1 and 6, each named amongst the best barrel-finished whiskeys of the year. This 12th whiskey release from Four Gate is a blend of 9 and 12-year-old Kentucky Straight Bourbon Whiskeys finished in PX Sherry Rum casks.

“The first release of this line was our first ever release,” said Four Gate Chief Blending Officer Bill Straub in a prepared statement. “So The Kelvin Collaboration name is special to us. We couldn’t be happier with the final product and I think it’s the best Kelvin Collaboration we’ve done yet.” 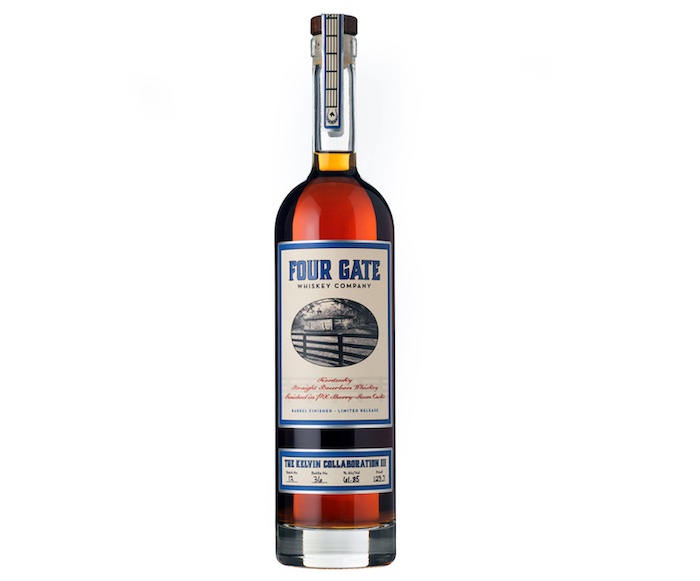 The 9-year-old Kentucky Straight Bourbon base for the new addition was distilled with a mash bill of 75% corn, 13% rye, and 12% malted barley. The 12-year-old that lends itself to the new addition was made with 74% corn, 18% rye and 8% malted barley. The secondary casks used to finish the maturation process were used originally to mature PX Sherry, and later dark rum by Virago Spirits of Richmond, VA.

“These really might be some of the best finish barrels we’ve had,” added Four Gate Chief Barrel Officer Bob D’Antoni.

Just 2,470 bottles were produced at 123.7 proof and a suggested retail price of $199 each. You’ll find some official tasting notes below.