Four Gate, which was founded in 2018, looks to be positioning itself as a premium curator and blender rather than a distillery; in a prepared statement, the company announced it will release two to three batches of similarly sourced and blended whiskeys finished in unique barrels. When I say “premium,” I mean it—there’s no information on where this bourbon originated, but it comes with an eye-popping suggested retail price of $199. 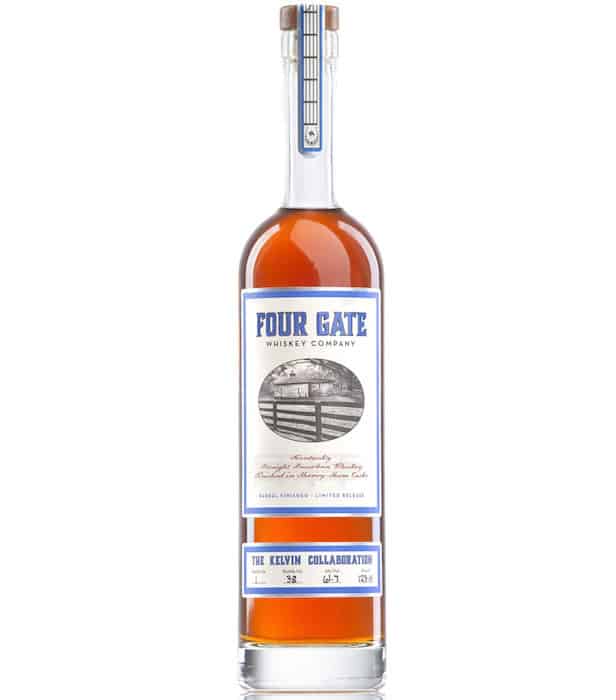 The brand’s founders, Bill Straub and Bob D’Antony, collaborated with Kelvin Cooperage, a well known barrel maker, to source the finishing casks. The barrels they selected began life holding Spanish sherry, before being used for a batch of Caribbean rum, imparting fruity and syrupy notes to the final product.

“Having Kelvin involved is huge for us,” said D’Antoni. “No one knows more about how a barrel ultimately impacts a spirit than the people who have been making those barrels for all kinds of spirits for half a century. Their access to existing barrels and their ability to craft totally unique casks is really something we want to display.”

This bourbon is bottled at 123.4 proof, although it’s not explicitly stated whether that’s barrel proof or not.

Four Gate’s tasting notes for this expression are as follows:

Nose: The finish barrels are front and center with a huge waft of maple syrup. Behind that, there is a spicy cinnamon, some vanilla and caramel, with a sweet red fruit undertone.

Taste: Oloroso Sherry hits the front palate with a burst of sweet fortified wine and simple syrup. The mid palate gets traditional high-rye bourbon notes of vanilla, black pepper, and oak, while the rear palate gets a molasses and brown sugar sweetness from the rum finish.

Finish: Medium-to-long, there are prevalent barrel tannins and rye spices that linger on the tongue while a boozy rum finish coats the inside of the mouth.