Despite its successful mainstream whiskies, Buffalo Trace still retains a certain old-school charm. It’s in this vein that, a little over a year ago, it put down a corn crop on the grounds of some newly acquired acreage with the goal of producing a very small batch estate bourbon. A new update indicates the first results of that crop are now in barrel aging, with more on the way.

The distillery, in its update, said its first batch of estate bourbon is distilled from an heirloom corn strain that dates back to 1876, around the time the legendary E.H. Taylor was leaving his mark at Buffalo Trace. The strain “originated from a White Mastodon variety and through selection techniques in isolation it became ‘Boone County White,’ after a farmer named James Riley coined the name.” 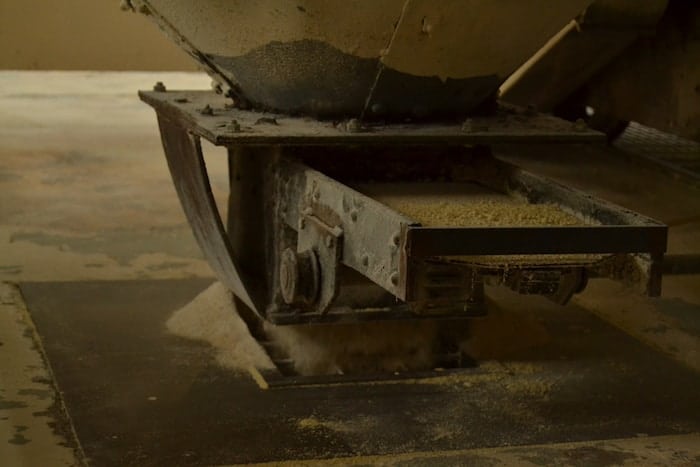 The non-GMO white corn, after being planted last summer, was monitored by Buffalo Trace master distiller Harlen Wheatley and his staff until that August, when the corn stalks were well over 12 feet tall. The corn was then harvested and dried. The corn was afterwards fermented and distilled at the end of this past May, resulting in what’s said to be 117 barrels of the Boone County White Corn variety now aging in warehouses for the next few years until they are ready to be bottled and released.

Now, should you think this was a one-off project, Buffalo Trace has just gone ahead and planted its second crop of non-GMO corn, a variety known as Japonica Striped Corn. It is:

[A] strain originally from Japan and dating back to the 1890s. This variety will have variegated leaves of green, white, yellow and pink stripes with dark purple tassels and burgundy kernels. Typically used as an ornamental corn, this variety will be a true experiment to see how it tastes once fermented and distilled next year!  In addition to both the Boone County and Japonica Striped corn being from E. H. Taylor, Jr.’s era, both are dent corn varieties, which have a high starch content and are ideal for distilling, unlike traditional sweet corn one might see in the grocery store.  Buffalo Trace uses a different variety of dent corn in the distillation of the rest of the bourbons in its portfolio.

Ongoing plans, in fact, call for planting “a different variety of corn each year at its farm, so each year in the future there will be a unique release.”