TX Whiskey, a brand belonging to Firestone & Robertson Distilling, recently announced the launch of the first Bottled-In-Bond Texas Bourbon, a single barrel expression of their TX Straight Bourbon. To be Bottled-In-Bond, the alcohol must be a product of one distillation season, by one distiller, at one distillery. It must be aged for a minimum of four years and bottled at 100 proof in the United States.

As a result, this new bourbon is bottled at 100 proof and will have tasting notes and flavors vary based on the barrel they come out of. Each bottle was shaped by the environment and Texas ingredients researched by TX Whiskey Master Distiller Rob Arnold.

“Our team at TX Whiskey is excited to share the first Bottled-In-Bond Texas bourbon. It represents a tireless commitment to our craft, which requires not just authenticity and innovation, but also patience,” said Arnold in a prepared statement. “Nothing represents these core values more than the Bottled-in-Bond label.” 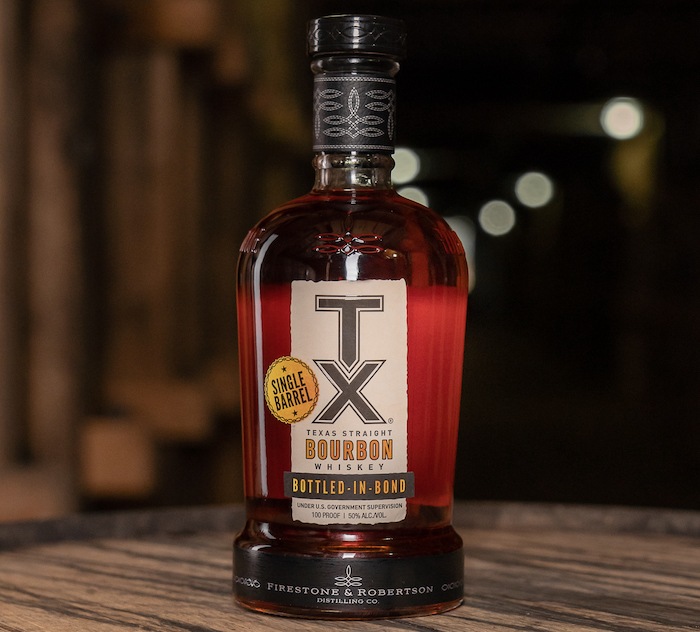 The TX Whiskey Bottle-In-Bond Texas Bourbon is being made available for purchase at Texas retailers and at the brand’s “Whiskey Ranch” in Fort Worth, Texas for a suggested retail price of $49.99. Local customers can also find the whiskey at the brand’s online store.

Firestone & Robertson Distilling was founded in 2010 by Leonard Firestone and Troy Robertson and recently joined the Pernod Ricard spirits family. The Fort Worth-based Whiskey Ranch sits on 112 acres of historic golf grounds — making it one of the largest craft whiskey distilleries. The brand works to create innovative whiskeys and unique experiences. It released its first expression in June 2012 and it earned “Double Gold” and “Best American Craft Whiskey” at the 2013 San Francisco World Spirits Competition.