Firestone & Robertson Distilling is known, through its TX whiskeys, to be a strong player in the craft Texas whiskey landscape. For the people involved there, in particular, they seem to take pride in the TX Straight Bourbon they produce. This bourbon is now seeing a bit of an evolution with some sweet wine cask finishes. 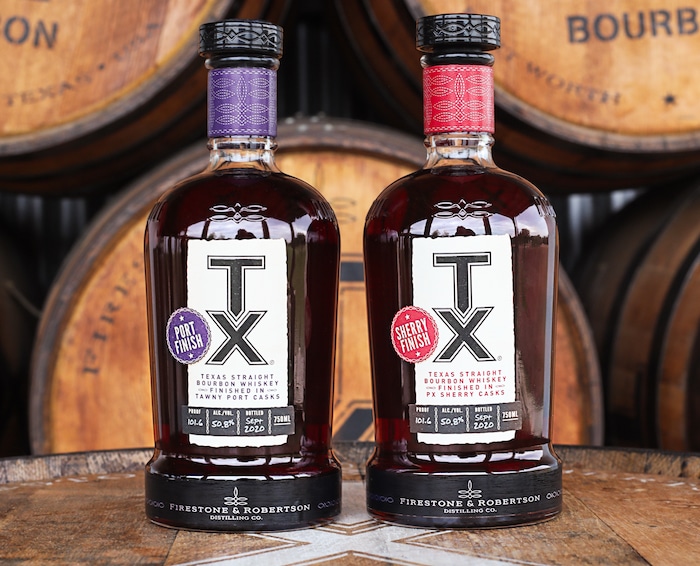 “Made from French White Oak—and specifically the species Quercus robur—the casks were used to age Tawny Port for 10 years before they were emptied, sent to our distillery, and filled with our bourbon.”

“We are fortunate in that our partners were able to transport the sherry casks to our distillery in Texas just four weeks after they were emptied in Spain.”

Both releases, of which you’ll find official tasting notes below, are initially available at the distillery and across Texas for around $65 per 750 ml bottle.

Tawny Port possesses caramel, dark fruit, and nutty flavors, and as the bourbon rested in these casks, it picked-up rich nuances from the port still locked in the oak. With a proof of 101.6, TX Straight Bourbon Tawny Port Finish brings forth flavors of dark cherry, candied walnuts, rich caramel and Christmas spices.

The PX Sherry casks were made from the American White Oak species known as Quercus alba, which typically imparts a sweeter profile than other oak species. This, coupled with the rich flavors infused into the bourbon from the sherry still locked in the oak, gives TX Straight Bourbon PX Sherry Finish—also at 101.6 proof—a sweet and warming profile, with notes of chocolate, baking spices, apricot and maple.