Finger Lakes Distilling out of upstate New York is known in craft whiskey circles for a number of reasons, including that they set up shop in an area more well known for wine then whiskey production and also that they have been making brown spirit for a decade now. Add as well to this list now that they have a bottled in bond bourbon.

The new McKenzie Bottled-in-Bond Wheated Bourbon, according to those behind it, meets the strict requirements of the Bottled-in-Bond Act: the product of a single distillery from a single distilling season, aged a minimum of four years, and bottled at 100 proof or 50% alcohol by volume. It is distilled from mash bill of local corn (70%), red winter wheat (20%), and malted barley (10%). 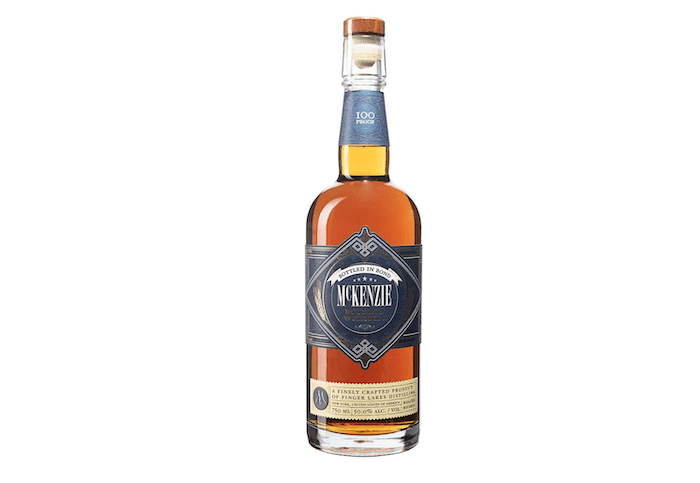 This new bourbon joins the distillery’s straight rye, straight bourbon (rye recipe) and pot still whiskeys. Bottled at 100 proof, it is pricing for $43 and will initially be available in the distillery’s tasting room as well as select retailers in New York, New Jersey, California, Nevada and Arizona.

Looking beyond the bottled in bond release, the team at Finger Lakes Distilling has said they plan to “continue to expand their whiskey offerings through limited releases with unique mash bills and barrel finishes, as well as a single malt whiskey that begins to hit the 10-year age mark in 2019.”

43
Shares
963
Views
Share on FacebookShare on TwitterGet Our Newsletter
Get Jefferson's Ocean at ReserveBar. Shop now!